We’re at a critical crossroads in the spread of AI. We can use it to oppress and exploit, or we can chart a course towards a more just and sustainable future.

Professor, author of ATLAS OF AI, and leading scholar of AI and society 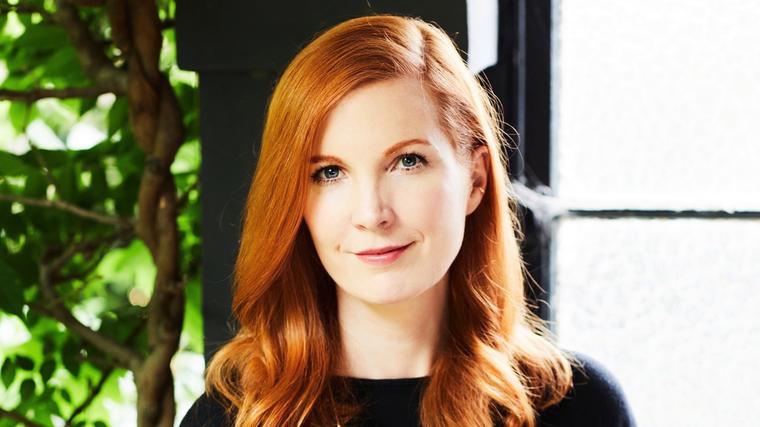 Why is artificial intelligence sexist?

The Anatomy of AI

You and AI – the politics of AI

The Trouble with Bias

Artificial intelligence may seem abstract, but it's urgent that we understand how it's working - and failing - in everyday life. Kate Crawford, a world-leading scholar in the field, says that although AI can be used to exploit people and resources, we can still regain control and lay the foundation for a better, more equitable world. Kate has advised policymakers from the White House to the United Nations, and in her award-winning book Atlas of AI, she maps out the landscape and future of AI to help us see the full impacts of this fast-developing field.

“One of the world’s most thoughtful researchers on the impact of AI delivers a sobering, but essential, read.”

For two decades, Kate Crawford has been on the cutting edge of technology and AI research. She’s studied large-scale data systems, machine learning, and artificial intelligence—and, crucially, the context in which our technology operates. She has appointments at top research institutions around the world, and she's a Professor at USC Annenberg, a Senior Principal Researcher at Microsoft Research in New York, and the inaugural Visiting Chair for AI and Justice at the École Normale Supérieure in Paris. Kate has seen firsthand how technology can be used to exploit people and resources, but her work shows that we are at a crucial turning point for rethinking how these technologies are used for a more just and democratic society. If we understand what’s at stake, we can lay the foundation today for a better tomorrow.

Kate is the author of the award-winning Atlas of AI, a unique and grounded behind-the-scenes look at the complex topic of artificial intelligence—Nature called it “meticulously researched and superbly written.” She takes us into locations like lithium mines to Amazon warehouses to Jeff Bezos' rocket base. Like a physical atlas, the book helps us understand the landscape of AI, the pathways that connect it, and where we fit into this vast technological world. Kate shows us a new way to understand and relate to AI, one that centers the stories and people behind the technology, and shows that these systems are neither artificial nor intelligent.

In addition to her books, articles and talks, Kate has also created award-winning collaborative projects with major artists around the world. Her Anatomy of an AI System with Vladan Joler depicted everything that goes into making a single Amazon Echo, and it won the Beazley Design of the Year Award, and is in the permanent collection of the Museum of Modern Art in New York and the V&A in London. Kate has developed new ways to “excavate AI”—to dig into how these systems work, a technique she developed in her collaboration with the artist Trevor Paglen, Excavating AI. Their app ImageNet Roulette  became a viral sensation when it showed people how AI classifies them, and the project won the Ayrton Prize from the British Society for the History of Science. Kate has led research groups and major institutes in both academia and industry, and she's been published everywhere from Nature to The New York Times.

Demystifying AI How It Works and What’s at Stake

Artificial intelligence systems are already playing a powerful role in our everyday lives—whether that’s the devices we use every day or facial-recognition software trained on Internet databases—but they can often seem abstract and opaque. In this talk, AI expert and award-winning author Kate Crawford demystifies AI to show us how it’s “made” in the fullest sense: from data, human labor, and environmental resources. She draws from her 20 years of AI research around the world, as well as her journeys to field sites—from lithium mines to Amazon warehouses to Jeff Bezos' rocket base.
Kate maps the costs of AI that are usually hidden from public view. She reveals how AI is amplifying discrimination and inequality, and offers paths forward for research and policy that address the political, social, and economic effects of AI. As one of the foremost researchers on the impact of artificial intelligence, Kate helps us understand how AI works, what’s at stake for us and our democracy, and how we can carve a fairer way forward.
Creativity

The Art of AI Understanding Complex Technology Through Creativity

How do we begin to understand complex AI systems and their impacts, and how can art help? Leading researcher and author Kate Crawford has been at the forefront of revealing how AI and large-scale data systems work. In addition to her books and talks, she has created award-winning collaborative projects with major artists around the world. She will share insights from her project Anatomy of an AI System with Vladan Joler which visualized everything that goes into making a single Amazon Echo. This project won the Beazley Design of the Year Award and is in the permanent collection of the Museum of Modern Art in New York and the V&A in London.
She also discusses how to “excavate AI”—to dig into how these systems work, a technique she developed in her collaboration with MacArthur Fellow and artist Trevor Paglen, Excavating AI. Their app ImageNet Roulette became a viral sensation when it showed people how AI classifies them, and the project won the Ayrton Prize from the British Society for the History of Science. This inspiring talk reveals what can happen when scientists and artists work together, and how they can help us see our world differently.

Anatomy of an AI System

Microsoft’s Kate Crawford: ‘AI is neither artificial nor intelligent’

Kate Crawford interview: How AI is exploiting people and the planet