To achieve racial justice today, look to the unsung heroes of American history. 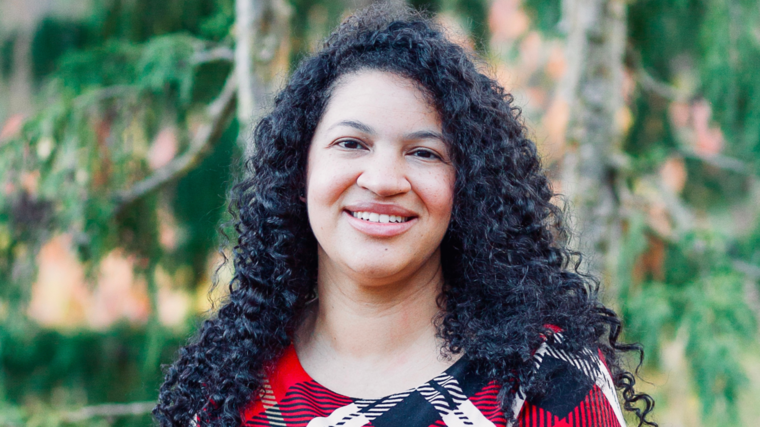 Empowering a Generation to Seek Social Justice and Solidarity [4:04]

The Importance of Documenting Injustices [1:59]

After Juneteenth: The Promise of Freedom [1:52]

Can the stories of unsung Black heroes inspire the next generation of leaders? Michelle Coles is uniquely suited to answer this question. She bridges our past and our hoped-for future: a civil rights attorney with over a decade at the Department of Justice, she’s also written an award-winning YA novel that sheds light on the heroic but forgotten contributions of Black Americans who fought alongside White allies to make the promise of American democracy real for all. By showing how history relates to the present, Michelle equips audiences with tools to disrupt destructive patterns that perpetuate racial inequality. Named a Good Troublemaker by the John Lewis Foundation, she helps young people find their voice so they can build the world they want to see.

“Coles sensitively explores what it means to care about something, fight for something, and effect lasting change.”

Michelle Coles is changing our understanding of racial injustice in two powerful ways. First, as a civil rights attorney, she has fought for institutional reform on a national stage. She spent over a decade in the trenches at the U.S. Department of Justice, working on a wide range of criminal justice matters including police reform, disrupting the school-to-prison pipeline, and preventing hate crimes. Secondly, as an author, her novel Black Was the Ink—which Kirkus calls “a dynamic look at how the past informs the future”—follows a Black teenager who travels back in time to Reconstruction-era America and witnesses the achievements of Black statesmen after the Civil War. Black Was the Ink won the Grateful American Book Prize for excellence in young adult historical literature, a prize previously won by Margot Lee Shetterly’s #1 New York Times bestseller Hidden Figures. Michelle brings a powerful sense of empathy to her work, advocating for those without a voice and showing us that we can be a powerful force for change, if we only take ownership of our actions.

Systemic change stems from a thorough understanding of history. In her eye-opening talks, Michelle reveals that the cornerstones of modern democracy—public education, multiculturalism, and due process—were born from the efforts of Black politicians and their allies. The decisions of the past continue to have profound ripple effects on the present; if we understand where we came from, we’ll be empowered to make decisions today that create a better tomorrow. She gives us a larger awareness of how oppressive systems are created and upheld, and inspires us to fight for justice no matter who we are.

During her time with the U.S. Department of Justice, Michelle fought tirelessly to ensure just treatment of our most marginalized citizens. She was one of the first DOJ attorneys on the ground in Ferguson, Missouri, after the police killing of Michael Brown Jr. Her work contributed to the closure of multiple notoriously cruel juvenile prisons including the Dozier Correctional Facility and the Walnut Grove Correctional Facility. She negotiated a cutting-edge settlement with a police department to increase their use of crisis intervention teams and strengthen citizen oversight, worked ceaselessly to reduce barriers for people reentering society post-incarceration, and helped develop a nationwide community outreach program on hate crimes.

Michelle is the 2006 valedictorian of Howard University School of Law, a graduate of University of Virginia, a former federal law clerk on the U.S. District Court for the District of Columbia, and a former middle school English teacher in Ecuador. She was an associate at a major law firm with a robust pro bono practice that included working with prisoners and refugees. She is a 9th generation Louisianian with a deep personal connection to American history.

Past is Prologue Uncovering Our Past Holds the Key to a Better, More Inclusive Tomorrow

Communities across America are grappling with big questions about racial inequality. How do we effect lasting change? In this insightful, hopeful talk, civil rights attorney and author Michelle Coles unpacks how social justice and systemic change must stem from a thorough understanding of our past. The policies that were created during slavery continue to harm Black people today. But the Black statesmen and their allies who fought for racial equality after the Civil War left a profound legacy that positively impacts us right now. She draws on her deep knowledge of the criminal justice system and American history to help us solve the social ills that stem from our countries’ past failures so that we can build the world we want to see.

America is finally reckoning with its racial past. It is commendable and heartening to see that Juneteenth has at last been recognized as a federal holiday, but there is still so much work to be done. Like the enslaved people in Galveston who waited years for the message of freedom to reach them, Black Americans are still waiting for the promise of liberty and equality to fully materialize. Michelle Coles, a dedicated civil rights lawyer and award-winning YA author, illuminates what the promise of freedom meant to enslaved Black people, what Juneteenth still means today, and how we can learn from history by honestly assessing the legacy of segregation and disenfranchisement.

If we trace the descendants of the people who were enslaved in Galveston, will we find that they have been fully included in the promise of American democracy? Or will we find that there’s still work to be done so that everyone can be truly free to reach their potential? In a just nation, understanding the past doesn’t hold us back—it empowers us to make better decisions for tomorrow.

Black Was the Ink