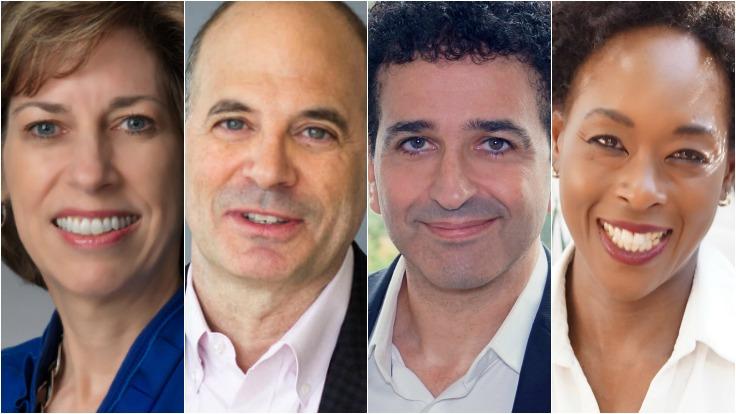 Lavin Speakers Reflect on the 50th Anniversary of the Lunar Landing

July 20th, 2019, marks 50 years since NASA put a man on the moon. These are the Lavin Speakers talking about mankind’s greatest achievement.

One Giant Leap author Charles Fishman continues his 50 Days to the Moon series for Fast Company. The award-winning journalist is also appearing at NASA’s 50th anniversary event—held in collaboration with the National Symphony Orchestra—alongside special guests such as Mark Armstrong (the son of late astronaut Neil Armstrong).

Retired astronaut and former Johnson Space Center Director Ellen Ochoa spoke to an ABC News subsidiary on the lasting effects of Apollo 11. The California native was the first hispanic director, and second female director, to ever lead the historic space center. She said, "We kind of say it as a joke now, but if we could land people on the moon we can do 'X.' If you think of it, it's not really a joke. People thought differently about themselves and our ability as a society to solve problems because we were able to do that.”

Former biotech entrepreneur Safi Bahcall appeared on Forbes Futures in Focus podcast to discuss his Wall Street Journal bestseller Loonshots. Going to the moon is a great example of a ‘moonshot.’ But 40 years earlier, when Robert Goddard explained how we might get there through rocket propulsion, he was widely dismissed and ridiculed. That, Bahcall says, was the original “loonshot.” During the podcast, Bahcall speaks about how companies can nurture “crazy” ideas and innovation—despite not having the resources NASA had in the 1960s.

Before 2016, the world knew very little of Katherine Johnson, Dorothy Vaughan, and Mary Jackson: the three black female mathematicians who calculated the equations that made space travel possible. Then Margot Lee Shetterly wrote her bestselling book Hidden Figures, and the rest is history. Recently, NASA renamed the block outside their Washington HQ “Hidden Figures Way” in their honour.

To learn more about booking a speaker for your next event, contact The Lavin Agency to speak with a sales representative.