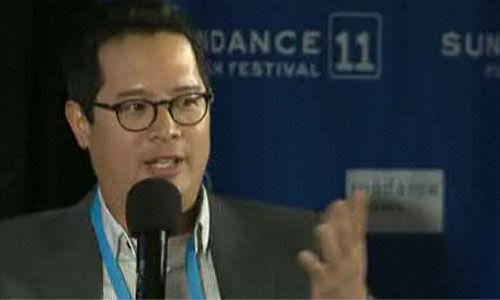 Twenty years ago, a nation watched as Los Angeles burned. In a new essay, social historian Jeff Chang—the author of Can’t Stop Won’t Stop—examines the L.A. riots in parallel with the political and cultural evolution of rap music into the early ‘90s. Each seemed to mirror the other, he concludes. As Chang notes: “By 1991, L.A. rap was all tension and little release.”

Chang’s essay, “I Gotta Be Able to Counterattack,” at The Los Angeles Review of Books, examines the lyrics and music of rap artists of that era—a time capsule snapshot that, in Chang’s writing, comes gloriously to life. Here's Chang, writing about the state of hip-hop just prior to the riots, and the genre’s response to the devastation:

The searing televised spectacle of the 1992 riots would simply overwhelm most of the art, let alone pop music, that followed. One of the exceptions was Kam's powerful single, "Peace Treaty," recorded amidst the giddy joy unleashed when Watts gangs formed an unprecedented truce just before the riots.

But it was Dr. Dre's The Chronic, released 10 days before Christmas, that became the quintessential post-riot album. The public had been primed. Television had brought middle America closer to the rage of urban youth than ever before; meanwhile, the growing controversy over Ice T and Body Count's "Cop Killer" was bringing rappers (and media multinational Time Warner) closer to middle America's rage than ever before. Against the backdrop of the reintensified culture wars and the patently empty promises to "Rebuild LA," The Chronic seemed a heaven-sent balm, a handshake extended by capital to the kids.


Chang is currently the Executive Director of the Institute for Diversity in the Arts at Stanford University, and, in June, he’ll be speaking at the NCORE in New York—the leading academic diversity conference in America. Jeff Chang's second book, Who We Be: The Colorization of America, is forthcoming.