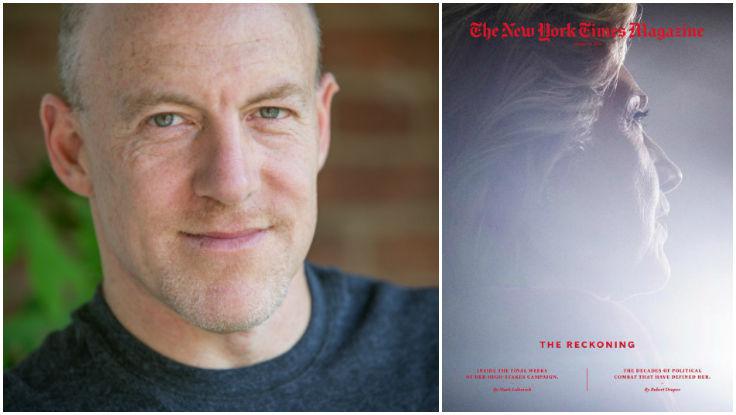 Mark Leibovich—one of our sharpest political analysts—has released another fresh and unmistakable look at the 2016 Democratic presidential nominee, Hillary Rodham Clinton (or HRC). Titled, “I’m the Last Thing Standing Between You and the Apocalypse”—an actual quotation from Clinton!—this New York Times Magazine cover story captures all the unease and high stakes of this unprecedented election. Importantly, with his unusually close access, Leibovich helps us understand Clinton (her motivations, her perspective) better than ever before.

We won’t try to summarize everything in the piece (really, just go read it!). But here are a pair of fascinating excerpts to give you a taste of the intimacy (and expertise) Leibovich brings to bear when writing on the most powerful woman in the world (he’s written on HRC before, too: make sure to read “Re-Re-Re-Reintroducing Hillary Clinton” from NYT Magazine back in July of 2015).

Her contempt for Trump was clear from the outset, far more intense than it appears even in speeches and debates. It went well beyond the competitive fervor with which one general-election candidate tends to speak about another. “It does feel much different,” she said. “If I were running against another Republican, we’d have our disagreements, don’t get me wrong, and I would be trying to make my case vigorously. But I wouldn’t go to bed at night with a knot in the pit of my stomach.” She enunciated her T’s (“knoT in the piT”) as if she were spitting out the words.

“I had the opportunity to meet a lot of presidents over the years,” Clinton said. “I’ve had my disagreements with them. But I never doubted for a nanosecond that they got up every morning trying to figure out what was the best path forward for the country.” At least, she added, “they were serious people.”

On campaigning on positions, not controversy:

Clinton is, in other words, the anti-Trump. She is not a political novelty, nor is she especially entertaining as a media personality or in front of big groups. She and her campaign know this and have been smart about not pretending otherwise. Trump’s big shadow and outrage machine have even allowed her to become slightly and perhaps blissfully lost; to fade, if not into obscurity, at least into a background that cuts the glare of the scrutiny to which she has been so averse. In a sense, she is daring voters to study her positions, listen to her answers and not look to her for entertainment or emotional impact. In 2016, that can seem almost risky.

“I’ve laid out all of these policies, and look, people kind of made fun of it, because ‘Oh, there she goes with another policy,’” Clinton told me. “I’m trying to run a campaign that presents an alternative case.” It’s telling that a candidate with the name recognition, résumé and baggage of Hillary Clinton is nonetheless left to present her campaign as an “alternative case.”

“My husband and I laugh sometimes about the ‘Antiques Roadshow,’” Clinton told me, referring to the PBS show about antique appraisers that she watches devoutly. “Sometimes we feel like we are the antiques on a roadshow when it comes to politics.”

Need a politics speaker with matchless insight on this volatile U.S. election? Look no further. To book author and NYT Magazine chief national correspondent Mark Leibovich for your next event, contact The Lavin Agency, his exclusive keynote speakers bureau.