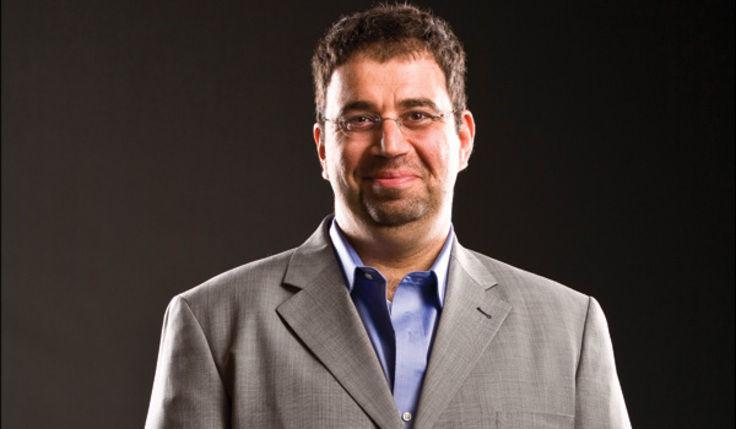 Daron Acemoglu: The Widening Gap Between Rich and Poor

Daron Acemoglu, an academic superstar and one of the world's most-cited economists, talks about economic inequality in a major Browser interview this month. The Why Nations Fail author addresses Occupy Wall Street, CEO wages, and the incredibly widening gap between what the rich earn versus what the poor earn—highlighting today’s complex wage realities.

Here are five things we learned from the interview:

Inequality has changed dramatically in the last thirty years and economists and laypeople have differing views on it.

A lot of things don’t change radically, but inequality has. Understanding why that has happened and what it implies for our society is important. So it’s a good thing that it’s in the news, it’s an important topic and there is no reason for it to be taboo. . . . The default position of economists is that inequality reflects the unequal human capital or productive capabilities of different workers. If you start with that premise – that what people earn is commensurate with their contribution to their employer, and also perhaps to society – then greater inequality tells you something about how people’s productivities have evolved over time. . . .  a layman’s view is that inequality is an indication of something that is failing in society.

Acemoglu blends both approaches for his interpretation.

My own view is a mixture of the two. If you’re looking at the average college graduate versus the average high school graduate, or the 90th versus the 10th percentile, then the things economists have emphasised – technology, globalisation, offshoring and outsourcing, changes in the supply of skills, et cetera – have played a major role and probably tell the bulk of the story. But if you want to understand the top inequality, why the top 0.1% – even more than what the 1% Occupy Wall Streeters are talking about – have been earning such huge amounts, then really you have to think about the social policy aspects of it and the politics of it.

The inequality gap is wide, and the ratio of CEO to worker pay is astronomically high.

If you look from the 1950s up to the end of the 1970s, the share of total national income in the US earned by the richest 1% was about 10%. If you look at the 2000s, it’s well over 20%. It rose up to nearly 25% and then came down. The trend towards inequality over the last 50 years has been very similar in the Anglo-Saxon economies, though it’s important to say that it’s not just an Anglo-Saxon phenomenon. . . . If you look at the average pay of Fortune 500 companies, [CEO pay] would be more than 200 times the salary of the average US worker.

The Race Between Education and Technology is a must-read book. Here's why.

It gives a masterful outline of the standard economic model, where earnings are proportional to contribution, or to productivity. It highlights in a very clear manner what determines the productivities of different individuals and different groups. . . . The key idea is that technological changes often increase the demand for more skilled workers, so in order to keep inequality in check you need to have a steady increase in the supply of skilled workers in the economy. He called this “the race between education and technology”. If the race is won by technology, inequality tends to increase, if the race is won by education, inequality tends to decrease.

There's another book everyone should be reading to understand inequality: Why Nations Fail. Acemoglu is its co-author.

“How should we think about politics? What are the levers of politics? For that we need a conceptual framework and that’s what this book tries to provide. It’s co-authored with my long-term collaborator and friend Jim Robinson – and it’s not about US or UK or Canadian inequality. It runs through several thousand years of history, and tries to explain how societies work and why, often, they fail to generate prosperity for their citizens. It’s a very political story.”