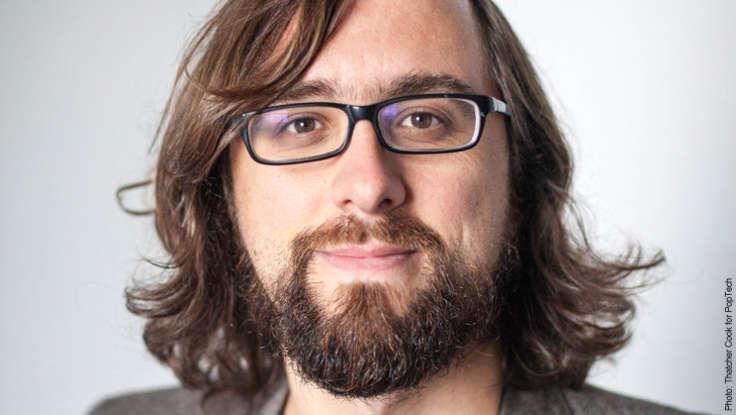 Data on the Delta: Jer Thorp's Experiment in Live-Data Tracking

Data artist and current Lavin speaker-at-large Jer Thorp just let us know that he’s about to take his work off the continent—specifically, exploring the Okavanga Delta in Botswana with a team of scientists, artists, and engineers. The most exciting component of the trip will be the live-data tracking, which Thorp is making available to anyone and everyone. “Every observation we’re making and every photo we take will be published online immediately, via a public API which scientists, data-vizzers and artists are free to use.”

Named a National Geographic Emerging Explorer in 2013, Thorp is combining his prowess in creativity and data cultivation to make this rich source of wildlife accessible in an entirely unprecedented way. He describes, “The central goal will be to count species, but we’ll also be deploying remote water quality sensors, taking habitat photos, recording audio, and tracking biometrics like heart rate and calorie consumption.”

Working closely with the BaYei, who live in the Delta and will be helping his team travel by traditional mokoro, Thorp is operating the expedition relying on solar power, favorable currents, and human strength. Call it expedition by proxy for all the nascent data-vizzers out there, who Thorp invites to visit to the expedition site virtually and follow his trajectory moment-by-moment. Thorp’s team will also be doing a Google Hangout live from the Delta on August 22nd, which you can find out more about by tracking his Twitter @intotheokavango.

“I’ll try to arrange for an interview with an elephant or two,” says Thorp—and if that isn’t incentive, we don’t know what is.

Speaker Jer Thorp is co-founder of the Office for Creative Research and the former NYT Data Artist-in-Residence. In his keynotes, Thorp discusses the ways in which we can make data more human, every day. To book Jer Thorp for your next event, contact The Lavin Agency.