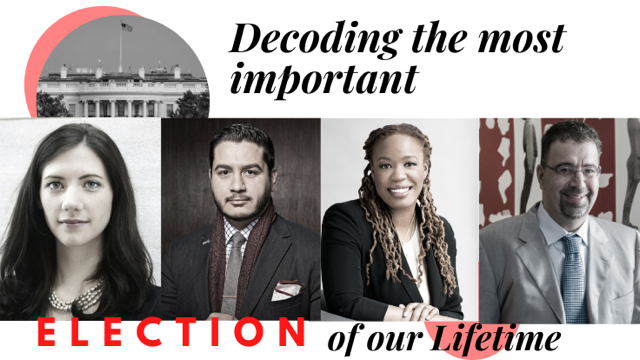 Lavin Speaker Round-Up: Decoding the Most Important Election of Our Lifetime

This year has been an unforgettable one, to say the least. Marked by a global pandemic, a worldwide call for racial justice, and the worst economic recession we’ve seen since the Great Depression, 2020 also happens to fall on an election year. Soon, we will decide on the next President of the United States—a decision that will no doubt impact all of our futures. With less than a week to go, we’ve rounded up what our brilliant Lavin Speakers have been saying, writing, and doing to prepare for arguably the most important election of our lifetimes.

Heather McGhee: Recently, public policy expert and political commentator Heather McGhee sat down with Complex and Vote Save America for a segment called “How Your Vote Will Impact Your Money.” Listen in for a clear and open discussion about the election and the economy.

Abdul El-Sayed: Abdul El-Sayed is an epidemiologist, a former public health official, and a progressive leader lauded by the likes of Bernie Sanders and AOC. On his must-listen podcast America Dissected, he breaks down everything from organizing against pandemic fatigue, to preparing for the upcoming election in the midst of a public health emergency.

Jelani Cobb: Journalist, historian and New Yorker writer Jelani Cobb examines whose vote counts—and whose might not—in a new Frontline documentary. The film focuses on voter disenfranchisement characterized by long lines, unfounded claims of voter fraud, and the legal fights over mail-in ballots during the pandemic, particularly in the State of Wisconsin—the state in which the last presidency was essentially decided, says Cobb, who describes voter suppression as “a fire that has spread across the country.”

Annie Lowrey: “The election may determine whether states and cities need to raise additional revenue at all: Democrats and Republicans have been squabbling for months over whether Uncle Sam should keep filling local budget gaps.” A staff writer for The Atlantic who covers economic policy, Annie Lowrey has written many articles leading up to the election, including her most recent ‘If You Soak the Rich, Will They Leave?’—an exploration of how the pandemic recession is affecting local governments.

David Wallace-Wells: Climate columnist David Wallace-Wells (author of the #1 New York Times bestseller The Uninhabitable Earth) has spent considerable time vetting each candidate’s policies on climate. He notes that, at $2 trillion, Biden’s plan “would mark by far the biggest commitment ever proposed not just by a presidential nominee but any major political figure in the country’s history until about a year ago.”

Garret Graff: Journalist, bestselling author, and director of the Aspen Institute’s cybersecurity and technology program, Garrett Graff has approached the election from a variety of angles, whether it’s how the media should be covering hacks and leaks, or more recently, a day-by-day guide to what could happen if the election goes bad.

Daron Acemoglu: In his landmark book Why Nations Fail, MIT economist Daron Acemoglu uses the framework of our political and economic institutions to help us understand prosperity and success. Leading up to the election, he’s also offered some healthy critique on how those institutions have been operating under the Trump administration. Read his latest, ‘The Democrats Should Fight Fire with Water,’ on Project Syndicate.

Yaël Eisenstat: As a former CIA officer, U.S. Diplomat, and special advisor to Vice President Biden, Yaël Eisenstat has over two decades of experience in national security and government. But after noticing that it was easier to talk to suspected terrorists than it was to talk to fellow Americans, she became concerned about the role platforms like Facebook were playing in our democracy. Eisenstat even took a job as the Global Head of Elections Integrity Operations at Facebook, a post that lasted only 6 months when she discovered that change would not come from within. This wild journey is chronicled in Eisenstat’s new TED Talk, a must-listen as the election looms nearer.

Yascha Mounk: Trump Is the Best Candidate for the Illiberal Left

James Fallows: The Media Learned Nothing From 2016

Graeme Wood: He Won’t Concede, but He’ll Pack His Bags

Derek Thompson: Do Trump’s Taxes Show He’s a Failure, a Cheat, or a Criminal?

Interested in booking a Politics Speaker for your next virtual event? Check out our Politics & Society Speaker Page or contact The Lavin Agency for more information. 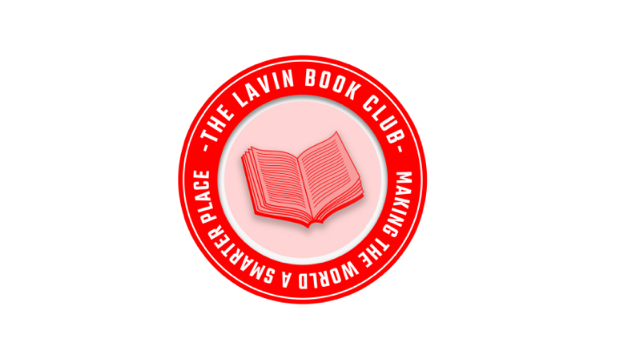