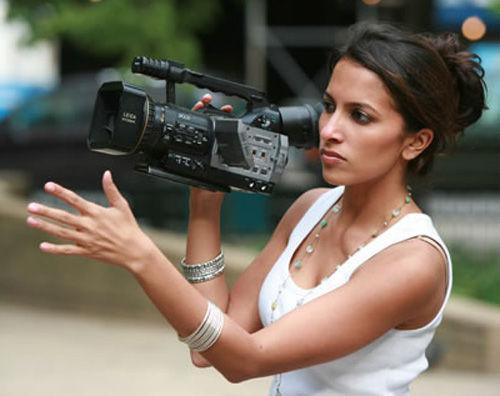 Even though it’s a sci-fi film, A Drop of Life features an alarmingly poignant account of the future of water privatization that is actually much closer to fact than fiction.

For those who have never had to worry about clean drinking water, this documentary, directed by environmental speaker Shalini Kantayya, may come as an illuminating shock. Set for a wide release on the Indian broadcast NDTV Profit this Saturday, Kantayya’s film depicts a world where water is rationed in quantities not sufficient for human survival – where only the wealthy can afford to purchase what they need. It may take a suspension of disbelief to imagine worrying about having enough money to purchase something so vital to one's existence, but—in some parts of the world—requiring the swipe of a credit card to quench one's thirst is an all-too-real fact.

Part of the Docs+ program, A Drop of Life explores what the future may hold if the preservation of clean drinking water is not pushed to the top of the agenda – something that is at the crux of the keynote addresses that Kantayya delivers. Projecting this message in a way that was not cliche or trite was paramount to the Eco-activist, and her documentary is equal parts dramatic, gripping and inspirational; it provides an enlightening account of just how precious a few drops of water really are.