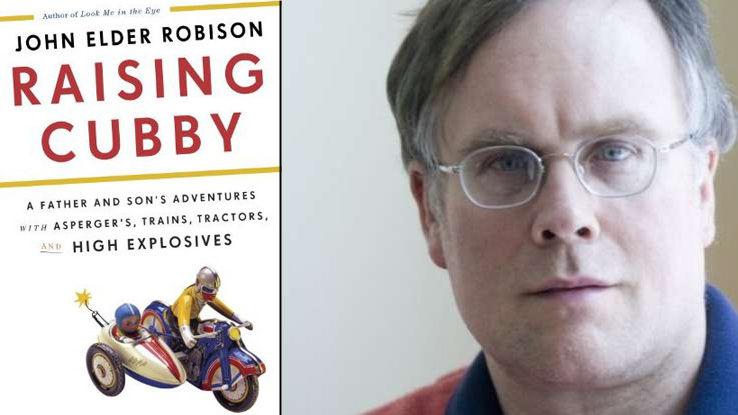 John Elder Robison, author of the bestselling memoir Look Me In the Eye, will be adding another book to his impressive bibliography early next year. In March, the new book Raising Cubby: A Father and Son's Adventures with Asperger's, Trains, Tractors, and High Explosives will hit bookshelves. Growing up with Asberger's Syndrome during a time when no one knew what to make of it, Robison may have seemed a bit unusual—but still succeeded in living an incredible life. Today, he is an author, adjunct professor at Elms College in Massachusetts, was recently appointed to the U.S. Government's Interagency Autism Coordinating Committee, and is currently involved in autism research at Harvard Medical School and Beth Israel Deaconess Medical Centre.

On his website, Robison has this to say on his hopes for the new book: "I hope Raising Cubby will inspire students to see that there are many paths to success, and that oddball traits or interests may in fact lead to our best opportunities. I also hope it will inspire communities to embrace their misfits and understand how much they have to offer." In the book, he tells the story of a father who is a little bit different raising a son who is just a little bit different, too. And how those differences bring them together and lead them both to extraordinary things.

Here's Amazon's early review of what is sure to be another hit:


The slyly funny, sweetly moving memoir of an unconventional dad’s relationship with his equally offbeat son—complete with fast cars, tall tales, homemade explosives, and a whole lot of fun and trouble. Misfit, truant, delinquent. John Robison was never a model child, and he wasn’t a model dad either. Diagnosed with Asperger’s syndrome at the age of forty, he approached fatherhood as a series of logic puzzles and practical jokes. When his son, Cubby, asked, “Where did I come from?” John said he’d bought him at the Kid Store and that the salesman had cheated him by promising Cubby would “do all chores.” He read electrical engineering manuals to Cubby at bedtime. He told Cubby that wizards turned children into stone when they misbehaved.

Still, John got the basics right. He made sure Cubby never drank diesel fuel at the automobile repair shop he owns. And he gave him a life of adventure: By the time Cubby was ten, he’d steered a Coast Guard cutter, driven a freight locomotive, and run an antique Rolls Royce into a fence. The one thing John couldn’t figure out was what to do when school authorities decided that Cubby was dumb and stubborn—the very same thing he had been told as a child. Did Cubby have Asperger’s too? The answer was unclear. One thing was clear, though: By the time he turned seventeen, Cubby had become a brilliant chemist—smart enough to make military-grade explosives and bring state and federal agents calling. Afterward, with Cubby facing up to sixty years in prison, both father and son were forced to take stock of their lives, finally coming to terms with being “on the spectrum” as both a challenge and a unique gift.

By turns tender, suspenseful, and hilarious, this is more than just the story of raising Cubby. It’s the story of a father and son who grow up together.