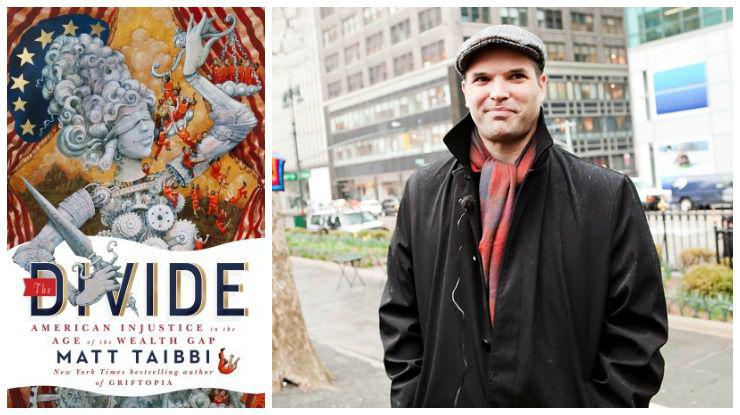 Matt Taibbi, an economics speaker and the author of Griftopia—one of the most entertainingly quotable, scathing, and illuminating histories of the current economic crisis—is publishing a new book this spring. The Divide: American Injustice in the Age of the Wealth Gap is slated to land March 11, 2014 from Random House imprint Spiegel & Grau. The book is a searing portrait of an urgent new American crisis: how our basic rights are now determined by our wealth or poverty.

Here's the description from the publisher:


Over the last two decades, America has been falling deeper and deeper into a statistical mystery: Poverty goes up. Crime goes down. The prison population doubles. Fraud by the rich wipes out 40 percent of the world’s wealth. The rich get massively richer. No one goes to jail.

In search of a solution, journalist Matt Taibbi discovered the Divide, the seam in American life where our two most troubling trends—growing wealth inequality and mass incarceration—come together, driven by a dramatic shift in American citizenship: Our basic rights are now determined by our wealth or poverty. The Divide is what allows massively destructive fraud by the hyperwealthy to go unpunished, while turning poverty itself into a crime—but it’s impossible to see until you look at these two alarming trends side by side.

In The Divide, Matt Taibbi takes readers on a galvanizing journey through both sides of our new system of justice—the fun-house-mirror worlds of the untouchably wealthy and the criminalized poor. He uncovers the startling looting that preceded the financial collapse; a wild conspiracy of billionaire hedge fund managers to destroy a company through dirty tricks; and the story of a whistleblower who gets in the way of the largest banks in America, only to find herself in the crosshairs. On the other side of the Divide, Taibbi takes us to the front lines of the immigrant dragnet; into the newly punitive welfare system which treats its beneficiaries as thieves; and deep inside the stop-and-frisk world, where standing in front of your own home has become an arrestable offense. As he narrates these incredible stories, he draws out and analyzes their common source: a perverse new standard of justice, based on a radical, disturbing new vision of civil rights.

Through astonishing—and enraging—accounts of the high-stakes capers of the wealthy and nightmare stories of regular people caught in the Divide’s punishing logic, Taibbi lays bare one of the greatest challenges we face in contemporary American life: surviving a system that devours the lives of the poor, turns a blind eye to the destructive crimes of the wealthy, and implicates us all.


In passionate talks, Taibbi makes clear sense of the financial history, lingo, and outright lies that led to our current economic crisis. To book Matt Taibbi as a speaker, contact The Lavin Agency.

cities | December 03, 2013
What We Wish For: Candy Chang's Before I Die Project Featured on CNN 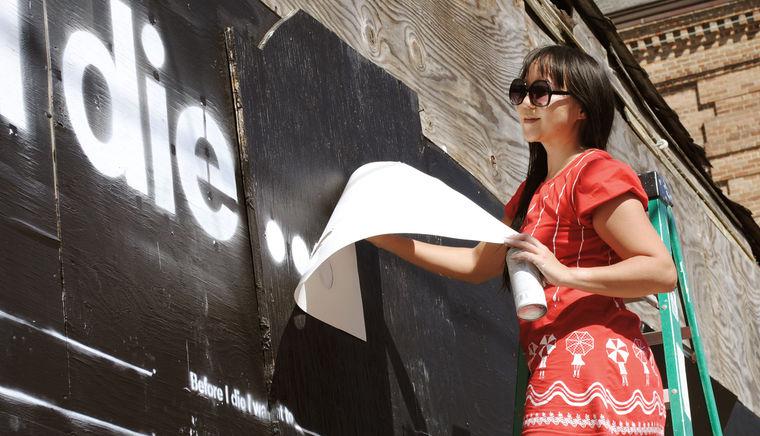