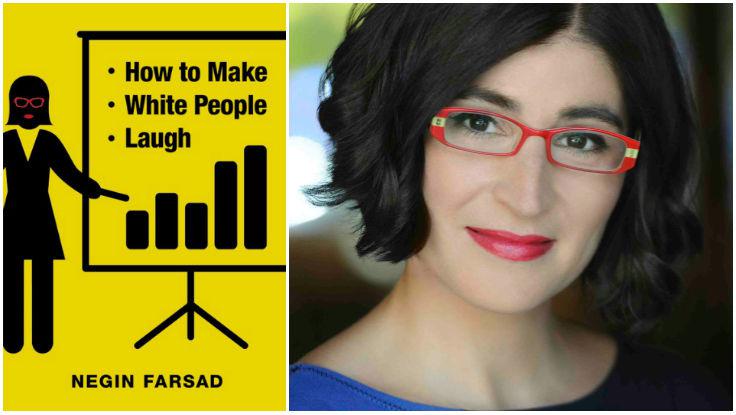 This May, TED Senior Fellow, comedian, and filmmaker Negin Farsad adds another title to her list of accolades: debut author. In her forthcoming memoir How to Make White People Laugh, Farsad describes the unique challenges of growing up as an Iranian-American woman in a post-9/11 world. Exploring timely themes of racial politics, political correctness, and the power of comedy to confront and overcome prejudice, How to Make White People Laugh is an uproarious take on what it means to have a hyphenated identity in a world where Islamophobia (sadly) still persists.

Named one of the “53 Funniest Women” by The Huffington Post, one of “10 Feminist Comedians You Should Be Paying Attention To” by Paper magazine, and selected as a TED Fellow for her work in social justice comedy, Farsad has also been generating a devoted following for her work in film. In The Muslims Are Coming!, she takes a group of Muslim-American comedians on the road in Middle America to perform live shows, meet local residents, and counter Islamophobia—all through jokes, empathy, and uncomfortable compassion. Now, in How to Make White People Laugh, she’s exploring a more personal side of the cross-cultural experience, and looking hard at race and iconography in America at a particularly important time to do so.

Another Lavin keynote speaker, bestselling author Reza Aslan, calls the book “a hilarious and personal take on the complexities of being non-white in America today. This book makes racial politics a bit easier to swallow.” And celebrated comedian Janeane Garofalo calls it a “long overdue book [that] not only ‘sets the record straight’ but also improves the whole structure of society.”

In her talks, Farsad drops the mic on a number of urgent issues. She speaks about what it means to be a woman, and non-white, in comedy and media: two industries still dominated by men. She can speak with a wealth of experience (and jokes!) about the challenges women face entering any workforce, offering valuable lessons for people of all genders. And based on both personal experience as an Iranian-American, and her work in policy for the city of New York, she confronts how xenophobia (and, more specifically, Islamophobia) operate in our culture. With a unique comedic philosophy and a strong background in social justice, Farsad reports from the frontline of prejudice, and in so doing offers a compelling prescription for change.

Until the official launch date of May 24th, here’s the jacket copy from the publisher, Hachette:

From the acclaimed writer, director, and star of the hit documentary The Muslims are Coming! comes a memoir in essays about growing up Iranian-American in a post-9/11 world and the power of comedy to combat racism.

Negin Farsad is an Iranian-American-Muslim female stand-up comedian who believes she can change the world through jokes. And yes, sometimes that includes fart jokes. In this candid and uproarious book, Farsad shares her personal experiences growing up as the “other” in an American culture that has no time for nuance. In fact, she longed to be black and/or Mexican at various points of her youth, you know, like normal kids. Right? RIGHT?

Writing bluntly and hilariously about the elements of race we are often too politically correct to discuss, Farsad takes a long hard look at the iconography that still shapes our concepts of “black,” “white,” and “Muslim” today—and what it means when white culture defines the culture. Farsad asks the important questions like, What does it mean to have a hyphenated identity? How can we actually combat racism, stereotyping, and exclusion? Do Iranians get bunions at a higher rate than other ethnic groups? (She’s asking for a friend.)

How to Make White People Laugh tackles these questions with wit, humor, and incisive intellect. And along the way, you might just learn a thing or two about tetherball, Duck Dynasty, and wine slushies. 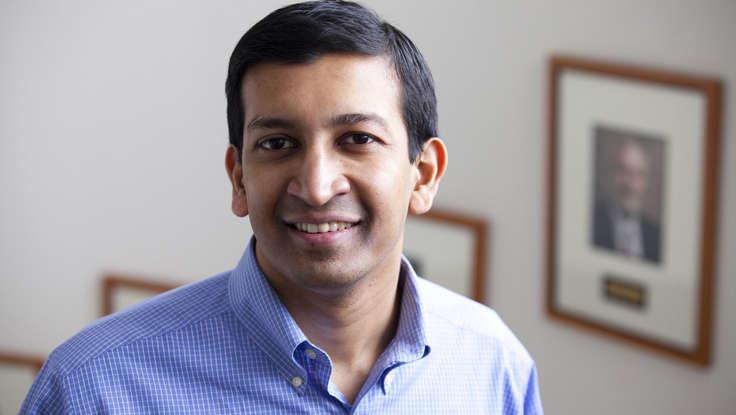