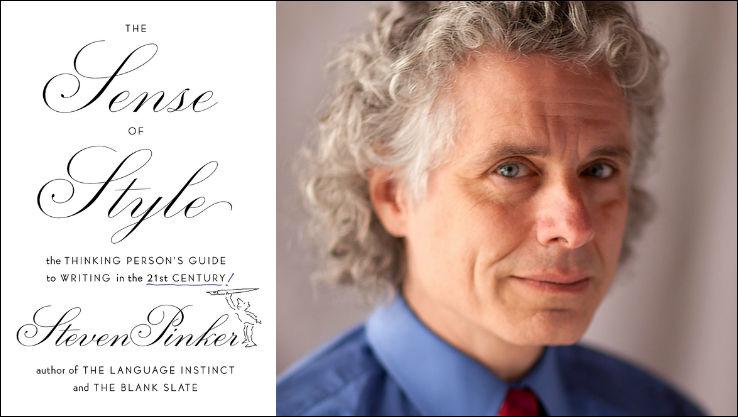 Cognitive scientist and bestselling author Steven Pinker returns with a new book this fall, The Sense of Style: The Thinking Person’s Guide to Writing in the 21st Century (September 30, 2014). It's already been hailed as "one of the best [books on writing] to come along in many years" (Kirkus Reviews). In a CBC News feature earlier this year, Pinker advocated for clarity above all: "Bad writing makes the reader feel like a dunce." Politicians, academics, lawyers, journalists, marketers—anyone who communicates ideas—can benefit from "Pinker’s [profitable and enjoyable] analysis of the ways in which skillfully chosen words engage the mind” (Publishers Weekly, starred review).

More about The Sense of Style from Viking Books:

Why is so much writing so bad, and how can we make it better? Is the English language being corrupted by texting and social media? Do the kids today even care about good writing? Why should any of us care?

In The Sense of Style, the bestselling linguist and cognitive scientist Steven Pinker answers these questions and more. Rethinking the usage guide for the twenty-first century, Pinker doesn’t carp about the decline of language or recycle pet peeves from the rulebooks of a century ago. Instead, he applies insights from the sciences of language and mind to the challenge of crafting clear, coherent, and stylish prose.

In this short, cheerful, and eminently practical book, Pinker shows how writing depends on imagination, empathy, coherence, grammatical knowhow, and an ability to savor and reverse engineer the good prose of others. He replaces dogma about usage with reason and evidence, allowing writers and editors to apply the guidelines judiciously, rather than robotically, being mindful of what they are designed to accomplish.

Filled with examples of great and gruesome prose, Pinker shows us how the art of writing can be a form of pleasurable mastery and a fascinating intellectual topic in its own right.