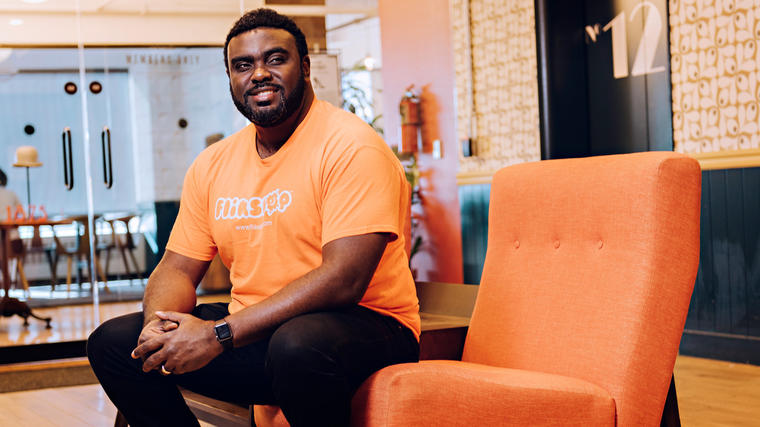 Marcus Bullock is the creator of Flikshop, an ingeniously simple app that allows family members to connect with prisoners via short messages and photos. His entrepreneurial enterprise has proven so successful that he’s collaborating with Apple, as part of their Code with Apple series.

At the age of 15, Marcus Bullock was sentenced to eight years in adult maximum security prison for stealing a car. But instead of giving in to a prison system that perpetuates hopelessness, Bullock served his time and got out, determined to make a difference. While in jail, his mother sent him a letter every day, a connection to the outside world that really was his lifeline—and with his creation of Flikshop, Inc., Bullock has given that lifeline to hundreds of thousands of others. His story is the buzz of the tech world, business community, and audiences from The White House to SXSW to TED—and now Apple. The Code with Apple series is an international, week long celebration of Computer Science Education Week, and Hour of Code™; connecting average consumers and techies alike with exciting new technologies, apps, augmented reality, and more, with coding workshops and inspirational speakers like Bullock.

Over 140,000 prisoners use Flikshop to stay in touch with loved ones. People on the outside snap a photo, include a note, and Flikshop sends a physical copy to the inmate. But it’s for more than one-on-one connection, it’s also used for education; helping prisoners get ahead of the barriers they often face once released, by providing assistance with housing applications, teaching financial literacy, and developing important job interview skills.

Bullock was named one of John Legend’s Unlocked Futures business accelerators, and is a member of the Justice Policy Institute’s Board of Directors. In 2019, he was named one of The Root 100. Bullock’s inspirational story has been covered by Forbes, CNN, Washington Post, Black Enterprise, and NPR.

artificial intelligence | December 10, 2019
Is This The End of Work as We Know It? Martin Ford Weighs in for ABC