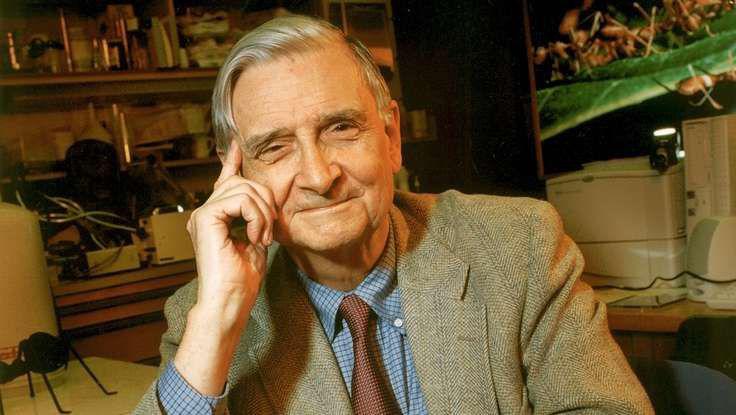 From One Scientist To Another: NYT Reviews E.O Wilson's "Inspirational" Book

Edward O. Wilson's science career has spanned more than 60 years and counting. He's identified over 400 different species of ants, written 27 books, and won himself two Pulitzer Prizes. And that's only the the short list of his accomplishments. It's no wonder, then, that the wisdom this science speaker imparts in his new book Letters To A Young Scientist has struck a chord with numerous readers. Most recently, author and fellow scientist Bill Streever wrote a glowing recommendation of Wilson's book in the New York Times.

Crafted in the form of a letter, in response to the letters Wilson penned for future scientists, Streever begins with the following sentiment: "We have never met, but I write to you now as a man in the middle of my own less illustrious scientific career who sees you as something of a living icon and a hero. I want to express my gratitude. Thank you for reminding me and thousands of others why we became ­scientists." In the review, the author goes on to explore the rich subject matter in Wilson's book. Within its pages, Streever says that, "readers will find encouragement and inspirational maxims...philosophical guidance...[as well as] practical career advice."

As Streever also notes, Wilson's "good counsel reveals how profoundly this kind of dialogue is missing from our science departments. Young scientists must hear from older scientists." This isn't the first glowing recommendation the legendary scientist has received either. (Check out some more positive praise for the book here.) In the book, and his recent speeches, Wilson has stressed the importance of a new generation of scientists. It is a crucial time to hone and encourage bright young minds, he says, to lead our species into a bright future. And, iff these reviews are any indication, the scientists of the world are listening.