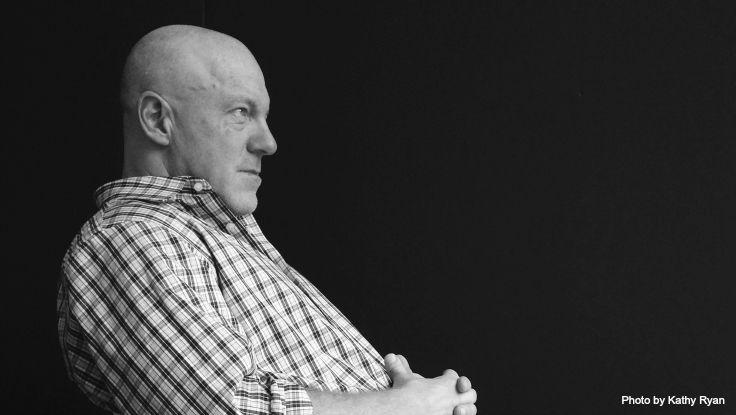 “He’s Created His Own Ecosystem.” The Lavin Interview with Mark Leibovich: On Trump and Political Disruption

Mark Leibovich’s trenchant take on the elite world of Washington politics—the major and minor players, the whole gilded institution—has earned him the #1 spot on the bestseller list (for This Town) and won him praise as “the reigning master of the political profile” (Washingtonian magazine). One of his key profiles, a cover story for The New York Times Magazine, where he’s the chief national correspondent, is called “Donald Trump Is Not Going Anywhere.” It ran way back in September 2015. Since then, he’s filed some of the best long-read features about the current state of U.S. politics. He’s also written about the National Football League, which, he explains, is of a piece with his political journalism. We caught up with Mark recently to talk about the NFL, Trump, and what lies ahead.

You cover politics for the Times, but your next book is about the NFL. What’s the connection?

The book is on the modern culture of the National Football League, a hinge moment in which this great spectacle of American life is either going to achieve global domination or decline. Part of my theory along the way is that this is also Donald Trump’s America: Tribal America, Bloodletting America. There’s a rawness and nihilism in today’s culture, which I think football thrives in. I think Trump did the same thing. In a sense, the NFL is one American institution whose sensibility predicted Donald Trump.

Exactly. There is some synergy there, which I’m trying to bring into the book. My first book, This Town, was about how Washington never changes. The theory of This Town is that every few years, a change agent comes into power and promises to drain the swamp. Then they wind up settling in like a warm bath. Obama was elected in 2008, and he was going to drain it. George W. Bush claimed to want to. But Washington doesn’t change. Everyone keeps getting richer and richer. Now we have the ultimate agitating agent in Donald Trump. We’ll see how he does.

Will Trump bring actual disruption to US politics—the kind we’ve seen in, say, the music business or the taxi industry?

Trump’s brought disruption to politics in a big way. He has marginalized political consulting, political advertising—all the traditional ways that politicians think and communicate. He’s disrupted American politics, campaigns and media, no doubt. What we’re going to see in the next few months is whether that disruption can permanently penetrate Washington.

What are the chances that politics will revert back to a time before Trump?

I’d be shocked if Trump magically goes away in 2020, and then we revert back to what, say, the 2012 campaign was like. This has been a tough couple of years for all the “usual suspects” that have run and commented on campaigns forever.

The “usual suspects of 2012” may be tired, but they did exhibit things like decorum and dignity, which had value.

We’re all realizing that right now.

When we spoke during the primaries, I felt like you knew Trump would win. You didn’t underestimate him.

I’d like to think I saw this coming. But given his conduct on the campaign and what the numbers looked like, and given the traditional campaign structures that he hadn’t put in place, yes, I was as stunned as anyone. But the larger thematic cultural moment that we’re in—I wasn’t as surprised by that. I thought that the American electorate was capable of some kind of revolutionary choice like this. I could never have predicted this particular messenger, though.

In your story “Donald Trump Is Not Going Anywhere,” you wrote that he’s the most self-involved yet least self-reflective person you’ve ever met.

I did. And that remains true.

As someone who’s spent face-to-face time with Trump, what can you tell us about him?

He is extremely solicitous and even winning in person. You know when you meet famous people, and you ask yourself, “Is this actually Ted Kennedy, or is this somebody wearing a Ted Kennedy mask?” I’ve never met anyone outside of Donald Trump who made it really feel like you’re talking to a Macy’s Parade float version of Donald Trump. He’s like this avatar in front of you, kind of real, but also not. It’s both amazing and unsettling.

Was this election an indictment of the political system—of how enfeebled the choice really did seem for so many voters?

Absolutely. Donald Trump is not “the system.” He’s created his own ecosystem. It’s him and his Twitter feed. I think he’ll definitely ride that for a while. No one quite knows how this story’s going to play out. Eventually what I think what will derail him is that people are going to start getting hurt, perhaps economically, maybe in a war—something much more serious than any reality show.

What’s going to happen next?

We’re in a moment where we’re processing the breaking open of the gates, and the person who broke them open. That will likely remain true for the next six months of so. After a time, we’ll have some body of events under Trump’s watch. We’ll know the degree, to which any is possible, that he can grow into this inhuman job. We’ll see if any kind of real leadership is possible in this environment.