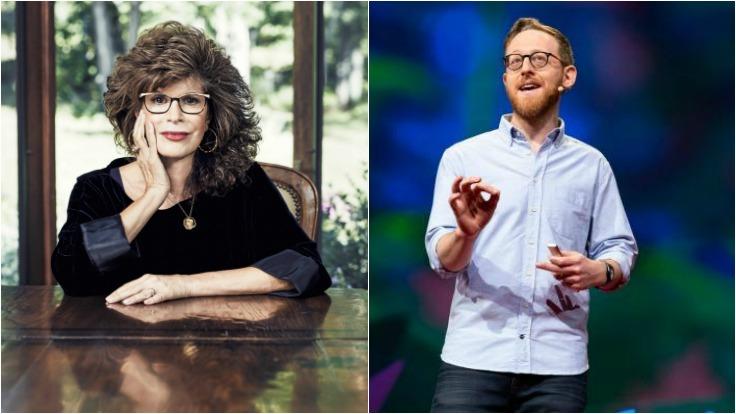 Looking back on the decade, it’s easy to pinpoint key tech developments that sparked a massive shift in society and the economy—not the least of which is social media. And leading business publication Fast Company knows better than most what those changes mean—so naturally, they chose Andrew Marantz’s Antisocial and Shoshana Zuboff’s The Age of Surveillance Capitalism for their list of must-read books about tech for 2020.

In his search to uncover exactly what the internet has been doing to us, Andrew Marantz exposed himself to some of the darkest corners of social media for the sake of Antisocial. Immersing himself for years in the world of trolls, the alt-right, and conspiracy theorists, he spent plenty of one-on-one time with the perpetrators of fake news and racist propaganda, trying to understand their world and how they’ve been able to successfully harness the power of social media to push those views further into the mainstream. Writes the Guardian, “Marantz has written what may be the definitive book on the nexus of internet culture and the new far right.” Antisocial was named to both the New York Times Critics’ Top Books of 2019, and their 100 Notable Books of 2019 as well.

Barack Obama named The Age of Surveillance Capitalism one of his favorite books of 2019. It’s been called “an epoch-defining international bestseller,” (Guardian) and “...the rare book that we should trust to lead us down the long hard road of understanding,” (New York Times Book Review).  Shoshana Zuboff’s international bestseller is also one of TIME’s 100 Must-Read Books of 2019, one of both the New Yorker’s and Bloomberg’s Best Books of 2019, and one of the New York Times 100 Notable Books of 2019. Zuboff explores the dangerous era we’ve entered, where the price on private data is a serious threat to democracy, and ultimately, our shared humanity.

All of the books on Fast Company’s list “provide an opportunity to reflect on living life online and how this grand experiment has failed,” and perhaps none moreso than Zuboff’s and Marantz’s compelling, urgent, and timely contributions.

politics & society | January 03, 2020
“Trumpism is a Threat to the World”: Diane Francis Considers the President’s Re-Election in the Financial Post