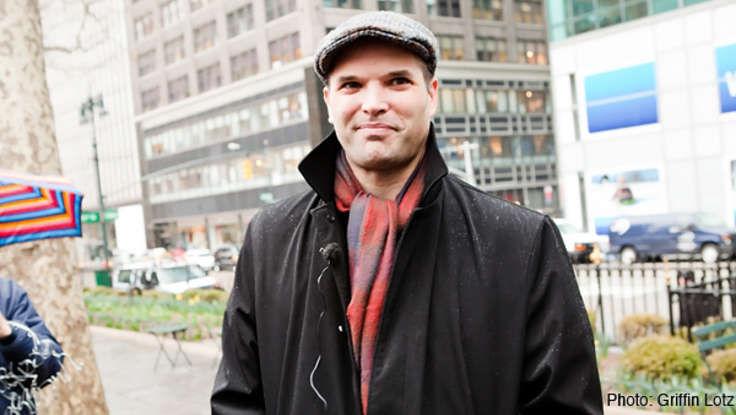 "This AMA thing is wild...thanks for being here," Matt Taibbi typed to a drove of eager Redditers this week. The third Lavin speaker to turn to the online social media community in recent months (Reza Aslan and Andrew Coyne have done Ask Me Anything events as well), Taibbi logged on to his computer to earnestly answer as many questions as possible. Perhaps most well-known for his biting articles in Rolling Stone, Taibbi's question and answer session ran the gamut of topics ranging from his time writing in Russia to the current political and economic climate. As honest as it was intelligent, Taibbi's AMA elicited an intriguing discussion about the most pressing issues of the day. And, in typical Taibbi style, he didn't shy away from anything.

When asked if he considered himself to be cynical (given that most of his writing is critical of major institutions) he replied that he thinks he is the exact opposite. "A cynic is someone who recognizes that nothing changes," he explained. Taibbi, however, continues to critique those in power because he thinks that change is possible. And to him, writing about it all keeps him motivated. He also set the record straight on why he writes about the topics of corruption, government and Wall Street. He is not, as people might think, an activist. While he admits that a lot of his subject matter does "outrage [his] social conscience," his primary inspiration is a literary one. Corruption is dark and complex—which makes for great fodder for a gifted writer like him.

Regarded for his colorful and bold foray into the antics of the world's biggest power-players, Taibbi's Reddit audience prefaced each question with their respect for his work. His book, Griftopia, has been critically hailed and his Rolling Stone articles have won him the National Magazine Award. In his talks, he expands on the topics covered in his writing—giving audiences a mix of pressing current events and intriguing solutions for getting us out of the mess our leaders have created.