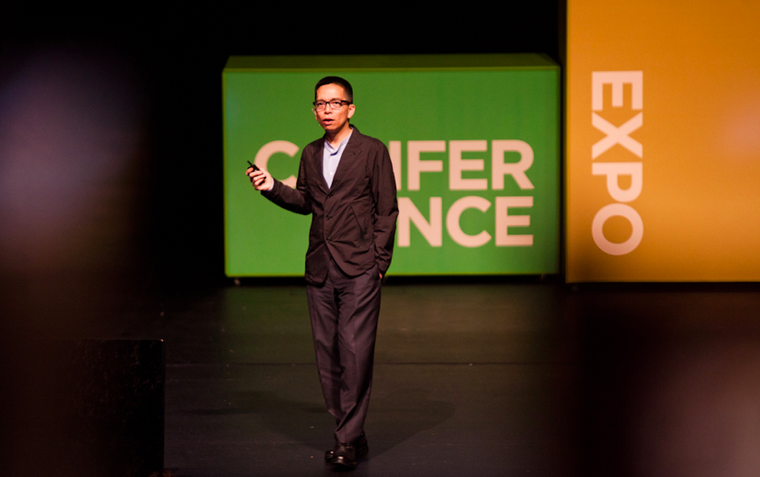 "Study history," innovation speaker John Maeda says in an interview after a recent keynote speech, "because there’s a lot of ‘new’ stuff in history to find again." Maeda took part in Day 1 of the Design Indaba Conference, which focused on creativity and design strategies around the world, late last month. In his talk, and in the interview, Maeda discussed the way that old can become new again when it is reworked and re-imagined. "I think that there’s always something new compared to what exists because the world gets bored very quickly. So yes, it might be old but because people haven’t heard of it in recent years, it becomes new again," he says. "So I’m not so down on ‘innovation’, because I’m not such a believer that everything is new. Everything is ‘new’ at the right time."

Part of what breathes life into 'old' inventions or concepts is the merging together of different disciplines. It's about differentiating your product not just by making something that meets people's needs, but that also satisfies them on an aesthetic level. For example, he says that companies like Apple were successful because they not only made an MP3 player that worked well, but made one with a unique look and feel that made it appealing to consumers. You have to add Art and Design to traditional STEM (Science, Technology, Engineering, Mathematics)-based work in order to stand out.

This idea of transforming STEM into STEAM (adding the Arts) is important not just in the design process and the business world, but in education as well. That's why Maeda helped launch the Congressional STEAM Caucus to push the importance of arts education onto the government's agenda. Education should be integrative based, Maeda, currently the President of Rhode Island School of Design, has said. When you incorporate both sides of your brain in any given task, you open yourself up to a more innovative approach. This then translates into the professional world—breeding leaders that drive their organizations to success and in turn, boost the economy. In his talks and his lectures, Maeda champions the role of artists and designers in the creative economy. One of Esquire's 75 most influential people of the 21st century, Maeda presents a refreshing look at the business world and the creative world—and how the two fields are intrinsically intertwined.