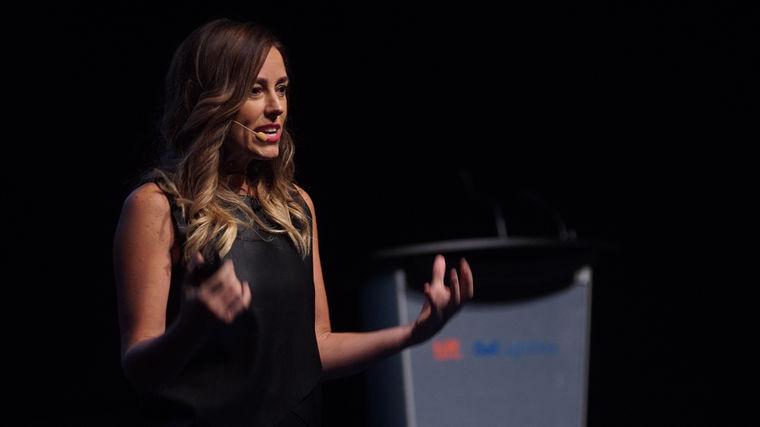 Guest Post: Is Artificial Intelligence (Finally) the Technology We Need to Save the World?

I’ve worked in the technology industry now for almost half my life. Frequently, I get asked why I chose to pursue a career in this space (especially when there were so few women doing so when I first jumped on board the high-tech train during the dot-com boom in San Francisco in the late 1990s).

Often, I answer this question with a lovely story about attending a two-room schoolhouse in remote Prince Edward Island, the “birthplace” of Anne of Green Gables. I wax poetic about my idyllic childhood and share the eye-opening moment when I fell in love with my first gadget, a hefty portable cellular phone that my dad owned in the 1980s, the spitting image of the device Gordon Gekko flaunted in the 1987 hit flick Wall Street.

However, the real answer to this question about why I chose to report on the future is far more complex than a shiny Motorola DynaTAC 8000X. I sprinted west to California in 1999 because I believed that the Internet was going to save the world. I believed that the Internet, which promised to bring people together worldwide, was going to have democratizing effects that would:

While we’ve seen some of the above happen, the exact opposite has also occurred, in that the Internet has helped to:

Beyond the dark side of the Internet, we’ve also seen decades of mindless technology innovations, many of which I’ve covered as a professional in this space, including an app built to get people hooked on destroying greedy pigs on a four-inch screen and a gadget that lets cat owners virtually manage Tigger’s water intake. Interesting, maybe. Life-saving, no.

However, almost 20 years later, there is a sliver of light shining through what I thought was an ever-closing window of technology darkness: artificial intelligence.

While there are many definitions of artificial intelligence, a Dartmouth College professor described it best in the mid-1950s when he stated that artificial intelligence is “every aspect of learning or any other feature of intelligence can in principle be so precisely described that a machine can be made to simulate it.” Many of today’s AI experts agree that this technology will have the most impact on the following industries: Transportation, Work, Healthcare.

What About the Future of Transportation?

A new study, commissioned by Intel, estimates that the autonomous vehicle market will be worth $7 trillion by 2050 ($4 trillion on the consumer side and $3 trillion on the business side). While this is an impressive number, what’s even more exciting is the potential for artificial intelligence to save lives. In the United States, 94 percent of traffic accidents are caused by human error, errors that AI could help to mitigate. There will also be dozens of peripheral benefits, such as a reduction in the number of parking spots needed. As explained in Fortune, “Self-driving cars would be constantly shipping people around cities instead of remaining parked for hours, and the unused parking spaces could be converted into office buildings or public parks.” In the case of autonomous cars, it’s not a matter of if we’ll see these vehicles on the roads in our cities in the next decade, but a case of when the car companies and government regulators will agree that it’s safe to do so.

What About the Future of Work?

There are legitimate concerns about automation impacting jobs, especially those in customer service, accounting, and transportation. On the topic of customer service, as Entrepreneur.com explains, “With technological automation, chatbots can be used to deliver a personalized experience, without additional human labor costs.” Whether you want to book a hotel room on Facebook using SnapTravel or buy tickets to a concert on Facebook using Ticketmaster, we’re already seeing chatbots replace what humans used to do (while they’re not 100 percent effective, the technology is improving). In many cases, the cost savings for businesses are just too attractive to ignore. Juniper Research estimates that by 2022, chatbots could reduce business costs by more than $8 billion. As for the number of jobs lost, “Researchers at the University of Oxford estimate that nearly half of all U.S. jobs may be at risk in the coming decades, with lower-paid occupations among the most vulnerable,” according to Bloomberg. We shouldn't take these losses lightly, but instead we need to start working today to train tomorrow's workers. John Kelleher and Laura McGee outline six steps in The Globe & Mail to "outsmart AI and avoid its dislocations." These recommendations include at-scale AI training programs, innovative new training models, new curriculums for software and AI, and lots more. In many cases, there is a valid argument that automation will replace routine, monotonous, and data-driven tasks, leading to an increase in productivity. When we apply this thinking to healthcare, AI will save lives.

What About the Future of Healthcare?

According to Forbes, “Investment in AI has accelerated from $282 million in 2011 to $2.4 billion in 2015, a 746% increase in five years. In 2016, this continued to increase with roughly another $1.5B being invested in more than 200 AI-focused companies in 2016.” Many of these AI start-ups are focusing on the future of healthcare. Just recently, 60 Minutes did an extensive report on artificial intelligence, revealing that we’ve seen more progress in this industry in the past five years than the past 50 years. They also featured the potential of machines (such as IBM’s Watson) that have the power to do what humans cannot, such as scanning 25 million medical research papers in mere hours. This efficiency can quickly lead to potential treatment options that a doctor might never find in his or her lifetime. If we look at a specific disease, such as breast cancer, the Houston Chronicle published that researchers at Houston Methodist Hospital discovered that AI-powered software “interpreted results of breast X-rays 30 times faster than doctors and with 99 percent accuracy. Human review of mammograms results in unnecessary biopsies nearly 20 percent of the time." As someone who lost a young friend to breast cancer this winter and now has a close family member who is battling prostate cancer, I am aggressively championing the potential for AI to help to detect these diseases more rapidly and provide personalized treatment options more efficiently.

Unlike the computer revolution or the Internet revolution or the smartphone revolution, we can’t as closely monitor the progress of the artificial intelligence revolution. After all, we can’t see artificial intelligence (although it is used everywhere around us: in popular consumer voice assistants, in software that detects diseases in crops, in facial recognition camera software that identifies burglars in your home). At Carnegie Mellon University, there are now more robots on campus than professors. While we are bound to run into significant ethical questions along the AI journey, such as how we avoid everything from racist robots to the fate of autonomous weapons, these are battles worth confronting since we know that the promise of life-saving AI is on the horizon.

Today, when I speak about artificial intelligence, I get asked this question: Aren’t you worried about artificial intelligence accelerating the end of humankind? When I look around at the fragile state of the world in 2017, and with two decades of technology reporting behind me, I answer this question in a Skywalker-like manner with “No, I'm not” and argue that perhaps AI is our only hope.

To book keynote speaker Amber Mac for your next event, contact The Lavin Agency today. 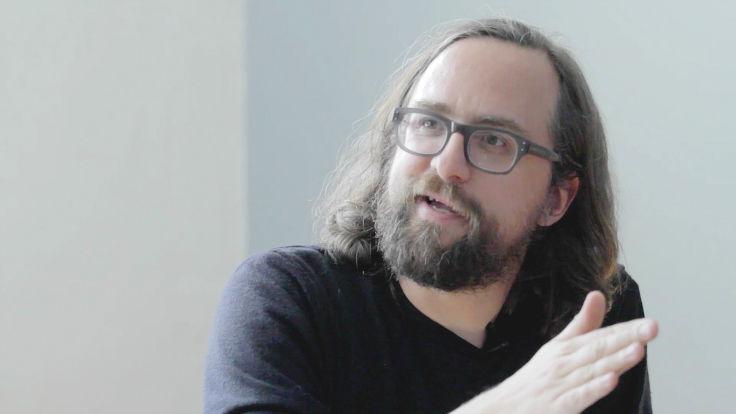