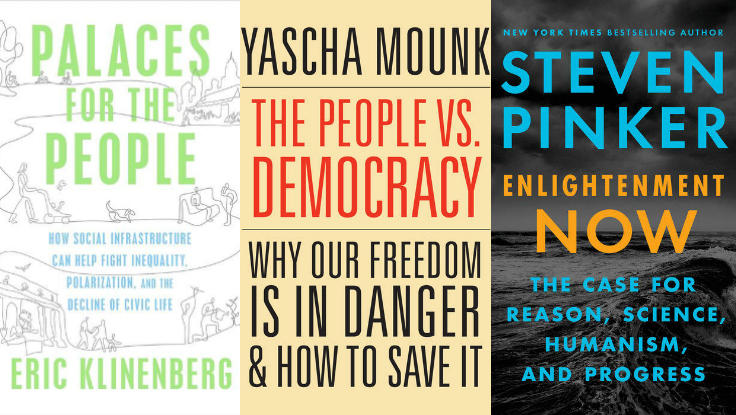 From an in-depth analysis of failure, to data-driven proof that the world is getting better, the biggest, boldest and best books of 2018 came from Lavin speakers.

Andras Tilcsik and Chris Clearfield’s Meltdown, an analysis of why our systems fail and what we can do about it, landed on the Financial Times best books of 2018 list, described as “an excitig and insightful analysis of why things go wrong and how to avoid catastrophe.”

On Esquire, the New York Times, and NPR's best books of 2018, Steven Pinker's sweeping and fascinating Enlightenment Now argues that the world is getting better, not worse, but our media, politics and nature lead us to dwell on the problems instead of celebrate the advances.

America is losing faith in democracy. The People vs. Democracy, written by celebrated political scientist and Harvard professor Yascha Mounk, explains why it's happening, and what we can do about it. It was named one of the best books of 2018 by the Financial Times.

Eric Klinenberg's Palaces for the People, named one of the best of the year by NPR, argues that strong communities, and indeed a strong democracy, happen when a commitment is made to social infrastructure: libraries, parks, public pools, and other spaces that connect people.

Kwame Anthony Appiah is one of America's leading public intellectuals. His latest book The Lies That Bind was named one of the best of the year by The Washington Post: "he brings insightful realism to the task of reexamining our restrictive and therefore divisive notions of who we are."

Molly Crabapple is an activist and artist whose work sheds light on injustice, and engages with rebellion and subversiveness. Her latest book, Brothers of the Gun, is a memoir of the Syrian War, and was named by the New York Times as one of their best of 2018: "Crabapple's abundant illustrations capture the chaos." 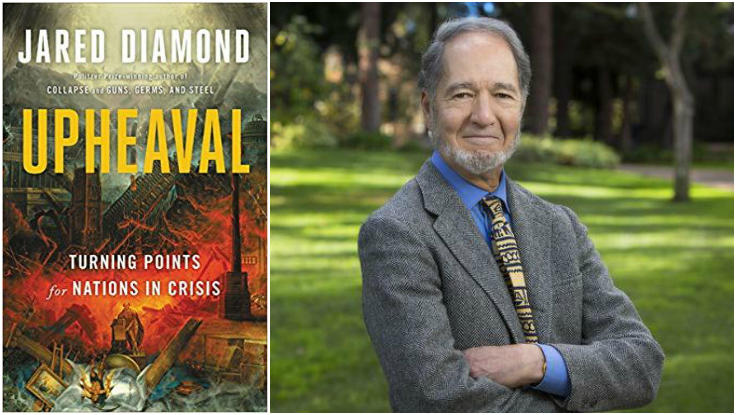