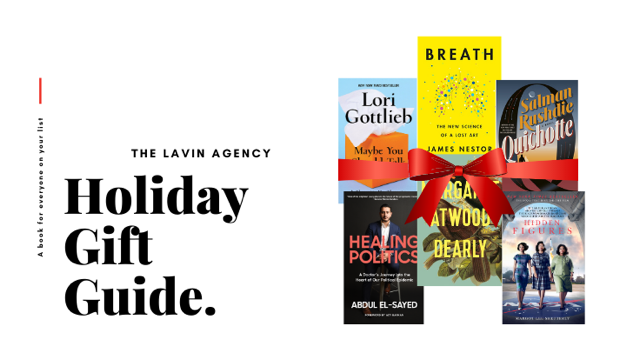 Lavin’s Holiday Gift Guide: A Book for Everyone on Your List

Is there any better way to spend the holidays than curled up with a good book? As this year comes to a close, we’ve rounded up the reads that have inspired, motivated, challenged, and moved us. So, whether you’re shopping for a history buff or a poetry lover, or even a gift for yourself, there’s something here for everyone on your list!

Abdul El-Sayed: Abdul El Sayed’s debut Healing Politics is an exciting blend of memoir, science, and public policy. From his unique perspective as both an epidemiologist and a rising voice in progressive politics, El-Sayed diagnoses the challenges facing America and lays out a bold path forward.

Margaret Atwood: Fans were treated with not one, but two books from the inimitable Margaret Atwood recently: the Booker Prize-winning sequel to The Handmaid’s Tale, The Testaments; and her first poetry collection in over a decade, Dearly. While the former speaks for itself, the latter is a beautiful and haunting selection of poems touching on love, loss, humanity, nature, and even the supernatural.

Salman Rushdie: Described as “an epic Don Quixote for the modern age,” Salman Rushdie’s 14th novel Quichotte is a brilliant, multi-layered satirical work. Though released in pre-COVID times, this sharp and wickedly funny novel—named one of the best books of the year by both TIME and NPR—somehow perfectly reflects the absurdity of 2020.

Laura Huang: One of America’s top business professors, Laura Huang knows that other people’s perceptions of us can make or break our success. In her book Edge, she reveals how we can leverage our strengths and our flaws to develop a unique “edge” that will set us apart from the rest.

Erin Meyer: While many businesses struggled during the pandemic, a few notable outliers shined. Netflix was one of them. In No Rules Rules, co-founder Reed Hastings teams up with business mastermind Erin Meyer to break down the streaming giant’s famously radical work culture. Intelligent and compulsively readable, No Rules Rules is a no-brainer gift choice for the entrepreneur in your life.

Gabby Rivera: Gabby Rivera’s queer coming-of-age story Juliet Takes a Breath occurs over one magical summer in Portland, Oregon, and explores important themes of race, identity, and self-love. Most recently, the bestselling YA book was adapted into a graphic novel that fans of comics and Rivera’s other work (which includes penning Marvel’s first queer, latinx superhero America Chavez) will love.

Peter Mansbridge: Iconic broadcaster Peter Mansbridge returns to his specialty—intimate, one-on-one interviews—for his new book Extraordinary Canadians. The inspiring collection features stories from remarkable citizens across the country, including an essential worker on the frontlines of the COVID crisis. It is a book filled with kindness, compassion, and heart, reminding us all what it really means to be Canadian.

James Nestor: One of Lavin’s newest speakers, James Nestor is an acclaimed science journalist and contributor for the likes of Scientific American, The Atlantic, and The New York Times. The last few years, he’s been investigating an often overlooked and misunderstood, but definitely essential, pillar of health: breathing! The result is his instant New York Times bestseller Breath: The New Science of a Lost Art. Fascinating, funny, and intriguing, this well-researched book not only reveals how humans lost the ability to breathe properly, but how even slight adjustments to our breathing habits can profoundly improve our lives.

Lori Gottlieb: Psychotherapist Lori Gottlieb’s smash hit Maybe You Should Talk to Someone is a book that every single human being could read and learn something from. Both deeply personal and universally relatable, this beautiful memoir chronicles Gottlieb’s journey as a therapist undergoing therapy. The lessons she learns about herself and her patients along the way are humorous, humbling, and touching. Beyond spending an astonishing amount of time on the New York Times bestseller list, Maybe You Should Talk to Someone was named one of the 100 Must-Read Books of the year by TIME and will soon be adapted for television.

Margo Lee Shetterly: If you watched the Oscar-nominated film Hidden Figures but somehow missed the #1 New York Times bestselling book it was based on, now is the time to catch up. Margot Lee Shetterly tells the sweeping story of three African American women who were crucial for realizing some of America’s greatest achievements in space. The book is a triumphant (and true!) story of overcoming obstacles and challenges in the pursuit of excellence.

Jeremy Gutsche: As the CEO of the world’s largest trend-spotting platform, Jeremy Gutsche is  skilled in finding patterns and moments of opportunity where others see only chaos. His latest book, Create the Future, helps us break our path dependency and innovate during one of the most unpredictable years in recent history.

Janna Levin: For the science lover in your life, there is no better book than Janna Levin’s Black Hole Survival Guide. A gifted astrophysicist and writer, Levin takes readers on a visceral tour of space, including into one of the most mysterious and popular modern phenomena: the black hole. But forget the jargon—with her poetic and absorbing prose, Levin allows even non-scientists to appreciate the never-ending magic of the cosmos.

Shoshana Zuboff: Shoshana Zuboff’s Surveillance Capitalism is less of a book, and more of a tome: a lengthy and spectacular exploration of how the modern giants of capitalism are using technology to possess, alter, and commodify human behavior. A brilliant and critical thinker, Zuboff maps out the sprawling systems that work together, often hidden in plain sight, to gradually encroach on our free will in the name of profit and consumerism. Named one of Barack Obama’s favorite books of 2019, Surveillance Capitalism is a must-read for anyone concerned about how their data is being used.

Interested in booking one of these talented authors for your next virtual event? Contact The Lavin Agency and speak with one of our knowledgeable sales agents. 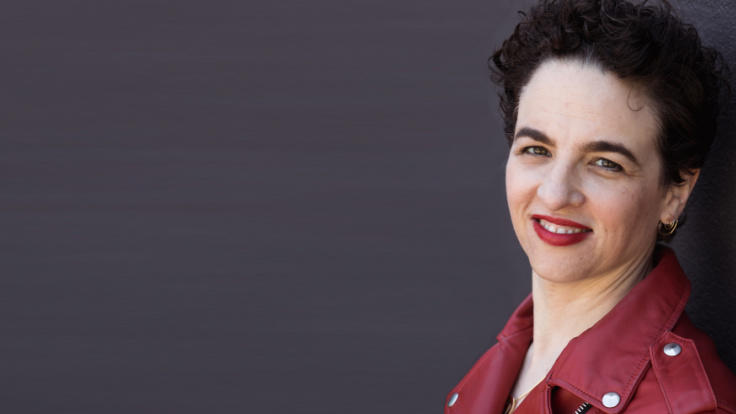