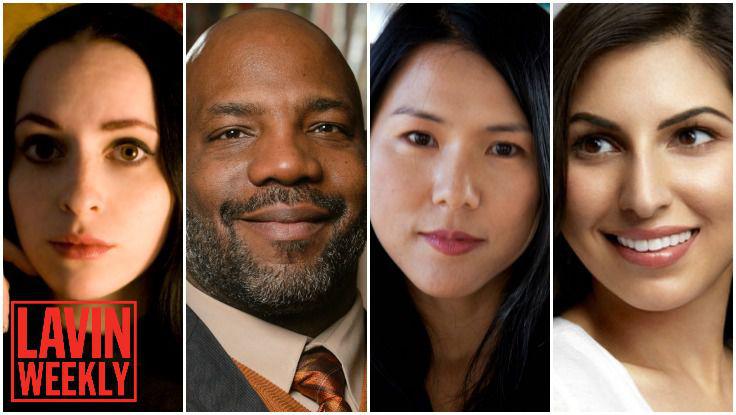 1. Molly Crabapple for PEN DIY: “Give up Nothing. Don’t be Afraid.”

Molly Crabapple, author of Drawing Blood, and world-renowned artist, activist, and journalist, took to the PEN DIY stage this month to deliver a talk called “How to Draw the Elephant in the Room.” Crabapple has covered some of the world’s most important points of conflict and crisis of the last 15 years. Her visionary work reveals the suffering, beauty, and hope in places as diverse as Syria and Iraq, Gaza and Guantanamo Bay, all the way to Ferguson, Missouri. For PEN, she discards the familiar credo “give voice to the voiceless” and exhorts artists instead to “draw the disappeared” in an inspiring presentation. “This is your one life,” she reminds each of us, “and life is too precious to cut off pieces of yourself … Draw the emperor naked, or the elephant, or whatever metaphor you want to use, but use your art to question all cops, all bosses, all gods and all masters, including those inside your head. As you do it, embrace all those jagged bits of yourself … Give up nothing. Don’t be afraid.”

2. Jelani Cobb on Freedom of Speech as a Diversion

According to UConn professor and award-winning journalist Jelani Cobb, protest and unrest at the University of Missouri and Yale have been “subsumed in a debate over political correctness and free speech on campus—important but largely separate subjects.” Or so he argues in “Race and the Free-Speech Diversion” in The New Yorker. Students today are unhappy with how issues related to racism and cultural appropriation are handled (or dismissed) on campus. How this manifests varies: whether it’s via subtly racist condescension from deans, a refusal to rename buildings named after paragons of white supremacy, or white students wearing blackface, there’s traces of systemic racism in each traditional institution. But critics try to sidestep such issues by appealing to free speech, or its jeopardization—or “victim-blaming with a software update,” he writes. To Cobb, critics shouldn’t fear an end to basic freedoms, but the freedom to perpetuate an imbalanced power dynamic. “The freedom to offend the powerful is not equivalent to the freedom to bully the relatively disempowered,” he argues. “The enlightenment principles that undergird free speech also prescribed that the natural limits of one’s liberty lie at the precise point at which it begins to impose upon the liberty of another.”

Vanity Fair has compiled what they’re calling a spotlight on Korean literature, as “South Korea is becoming a major player on the world’s literary scene.” Notably, they’ve included Lavin keynote speaker Suki Kim’s 2003 novel The Interpreters as one of their Five Korean Novels You Should Read Now. While best known for her bestselling memoir Without You, There Is No Us—her harrowing and moving undercover journey inside North Korea, one of (if not the) most misunderstood and mysterious countries in the world—The Interpreters is often described as a wrenching look at the darker shards of the American Dream. “Kim nails the voice of a woman wedged between two cultures,” Vanity Fair writes, “not sure whether she really belongs in either. Many stories about first-generation Americans veer toward the nostalgic or the hardscrabble, but The Interpreters doesn’t take easy paths.”

Yesterday we spoke with Fenugreen Founder and CEO Kavita Shukla—special guest for our #AskASpeaker live Q&A series on Twitter. As one of Forbes’ “30 under 30” and Fast Company’s “7 Entrepreneurs Changing the World,” she’s inspiring young entrepreneurs, women in business, and social innovators around the globe.

Shukla’s company Fenugreen, called “the most innovative young company in the world” by the Kauffman Foundation’s Startup Open, is the manufacturer of FreshPaper—a biodegradable, affordable, and easy to use sheet that can preserve fruits and vegetables and help fight back against food waste. With millions of people going hungry each day, keeping foods fresh and edible for as long as possible is absolutely essential. In her talks, Shukla describes the humble origins of FreshPaper, how she went from curious girl experimenting at home to INDEX Award-winning designer, and how her innovative product can help effect massive global changes.

Check out the transcript below, and be sure to join us on Thursday, November 26th at 1 p.m. EST as we chat with Todd Hirsch, ATB Financial’s Chief Economist and author of The Boiling Frog Dilemma. Remember to use the #AskASpeaker hashtag to ask questions of your own, and follow both @thelavinagency and @ABeconomist, naturally!

To hire Molly Crabapple, Jelani Cobb, Suki Kim, or Kavita Shukla as the keynote speaker of your next event, contact The Lavin Agency speakers bureau.

environment | November 11, 2015
A Leap of the Human Imagination: Shalini Kantayya on Solar Energy 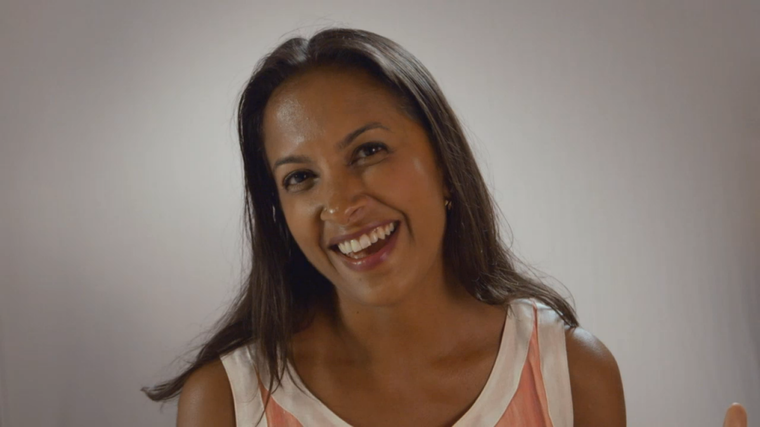