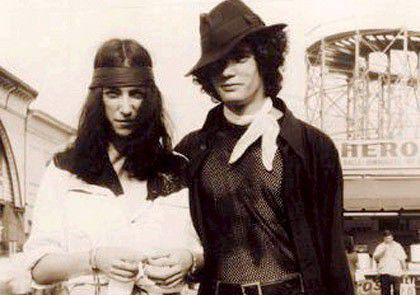 Making it in New York City, Then and Now: Patti Smith

If you want to know what it takes for a young artist to “make it” in New York City, look no further than Patti Smith. That's what The Awl did in a recent article: they highlighted eight famous New York women writers working from the 1920s to the ‘70s, traced their paths to success, and showed us how this generation's artists fare in comparison, cost-wise. In doing so, The Awl reminds us how truly pioneering Patti Smith, a Lavin speaker, really was—and how far she’s come while staying true to her roots.

Using the CPI Inflation Calculator, The Awlanalyzed the cost of rent, food, clothes, and day-to-day living for women like Dorothy Parker, Susan Sontag and of course, Patti Smith. Here's what Smith's first shot at city living looked like:

In 1967, Patti Smith, newly in New York and living in the streets, finds two quarters in the grass of a park, which paid for breakfast for her. "Fifty cents was real money in 1967," writes Smith. Fifty cents then is $3.41 now. And two years later, she scraped together change and went to the Automat for a lettuce and cheese sandwich. She thought it would cost 55 cents, but the price had increased by a dime, so she was short. A gallant Allen Ginsberg, then a stranger to Smith, paid the difference and they ate together. The adjusted cost of the sandwich over which Smith was mistaken for an attractive young man? $4.03.


When Smith, a member of the Rock and Roll Hall of Fame, decided to make her big move, she was hoping to be a bookseller—and hoping she had enough money for a one-way ticket, which she didn't. The article continues: “she found a purse, underneath a public phone, that had not only a bus ticket in it, but also thirty-two dollars, which she described as "almost a week's paycheck at my last job.”

In her bestselling memoir, Just Kids, Patti Smith details her early years in New York with lifelong friend Robert Mapplethorpe, whom she made art with. She was named one of the most influential people in the world in TIME Magazine's TIME 100. In her talks, Smith describes the processes behind her varying artistic triumphs—and, of course, what it took to get there.