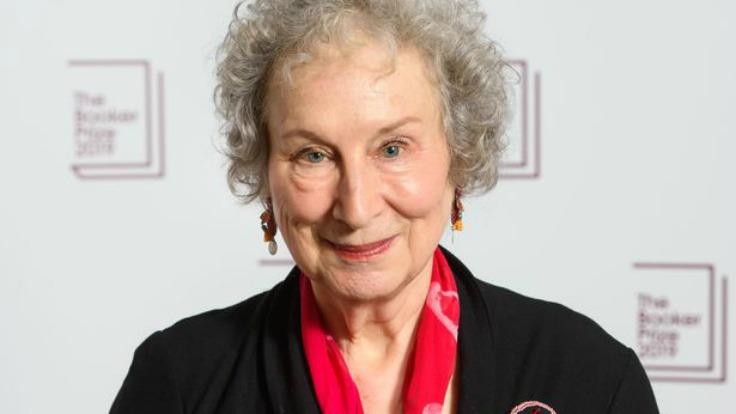 With her newest release, The Testaments, breaking sales records around the globe—and at a record speed—literary legend Margaret Atwood is also taking home the Booker Prize for the sequel to 1985’s The Handmaid’s Tale, today.

Nineteen years ago, Atwood accepted the same award for her book The Blind Assassin; and today’s win makes her only the fourth author to have won the prize twice. With the current cultural impact and prescience of the Hulu series ased on her iconic novel, The Handmaid’s Tale, combined with its portentous sequel, The Testaments, it’s not a shock that her landmark new offering overwhelmingly captivated the minds of the jury.

This year, the jury made an unconventional choice: jointly awarding the prize between two people; both Atwood, and the British author Bernardine Evaristo, for her vibrant and vital work Girl, Woman, Other. Together they mark significant moments for the prize—Atwood, 79, is the oldest-ever Booker winner, and Evaristo is the first black woman in its fifty-year history to take home the trophy. Founded in 1969, the U.K. prize is open to English-language authors from all over the globe. Only twice before has it been split between two winners.

The Testaments is set fifteen years after the events of The Handmaid's Tale, and explores the accounts of three women: a young woman living inside Gilead, a high school student in Canada who wants Gilead fall, and Handmaid’s Aunt Lydia, a powerful woman who understands the workings of Gilead far too well.