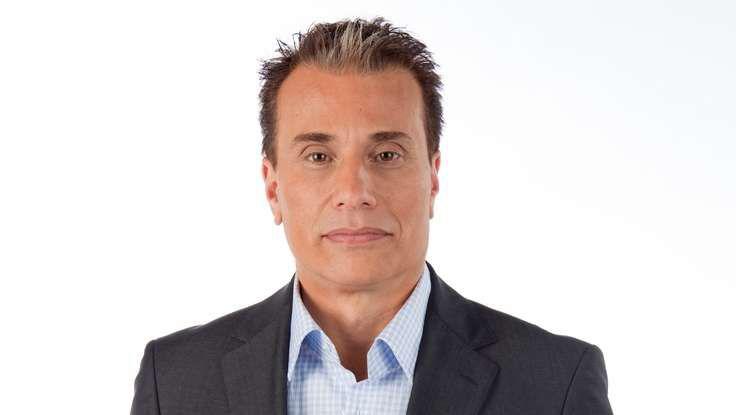 Mental health speaker Michael Landsberg is known for his charismatic role as the host of TSN's Off the Record. But, as Ashley Kascak from the Canadian Mental Health Association notes, the way he frankly and honestly speaks about mental illness—specifically his own struggles with anxiety and depression—is perhaps an even greater contribution.
"It’s a relief," she writes in a recent interview with Landsberg, "because it’s a good chance that someone who is still hiding their pain inside will find respite and hope in knowing they’re not alone." Landsberg agrees. In a keynote he gave for Mental Health Awareness Week, he says that his talks on dealing with mental health issues have become his "calling" in life.

As he tells the Canadian Mental Health Association, it's extremely important to talk about mental health. Especially, he adds, as someone in the public eye in a very macho-driven industry. "I shared once on Off The Record, and I found that in particular men responded, saying they had never heard another man talk about his illness," he says in the interview, "and the fact that I talked about it candidly and openly without being ashamed—without showing weakness —empowered them to go and share with somebody else." Landsberg also notes that it's important to remember that mental illness is not a weakness of character, but a real sickness that should be viewed the same way as other ailments. If a panic attack is treated as legitimately as a broken ankle, it becomes easier to talk about and more accepted in society, he argues.

Further, he notes that it's important to keep the conversation going and encourage more people to come forward. That's why he sees himself speaking about this topic for a long time to come. "You know, I can go and speak in Vancouver and an hour after I start speaking I still have as much inside me," he says. "It’s not a depleting resource, so why not share it given the fact that it has this kind of impact." Candid and interactive, Landsberg delivers personalized keynotes on his own battle with mental illness, and shares the unexplored stories of some of the world's most famous figures who have also suffered. He shows us that anyone can overcome the obstacles in front of us no matter how difficult it may seem, and urges us to rethink the way we talk—and think—about mental illness.