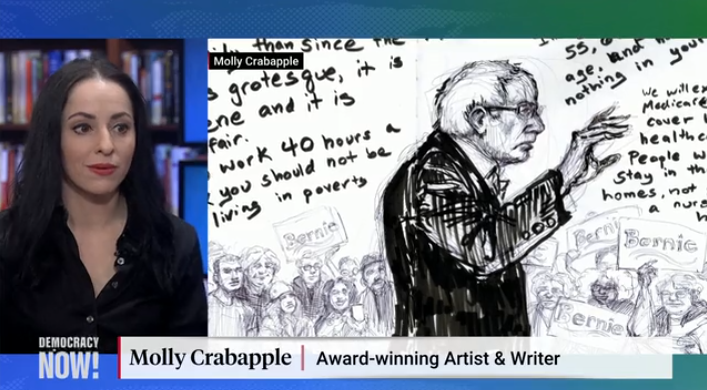 On the latest Democracy Now, Molly Crabapple sat down with Amy Goodman and Juan González to discuss her time on the campaign trail with Bernie Sanders, the Electoral College system and the Democratic primaries—and how she is using her art and activism to fight for change.

“I was doing these illustrations from life, packed into these high school gyms, these breweries full of working people, with my sketchbook on my knees, trying to not just capture Bernie, but also capture the massive movement behind him,” says Molly Crabapple. She’s talking about her process creating the art showcased in her recent piece in The Nation magazine, headlined “A Sanders Campaign Sketchbook.” There’s something extra special about the experience, for Crabapple. “It’s hard to explain. But when you’re there and when Bernie or when AOC walks into the room, the energy in those rooms is like nothing that I have ever seen. And I have drawn a lot of political rallies for a lot of people.”

Crabapple also uses the opportunity to dispel a common myth about Sanders: that he doesn’t have support among people of color. “Bernie is the most popular candidate with Latinos in America. And there were six times as many Latinos who caucused for him in Iowa as there were to his rival, Biden,” she explained. And she knows firsthand the kind of support out there: Crabapple organized phone banks with David Galarza Santa and Jasmin Sanchez, where Spanish-speaking Latinos called other Spanish-speaking Latinos in Iowa right before the caucuses, which were met with incredible support.

When asked about Bloomberg—of whom some recordings of racist comments have recently resurfaced—Crabapple pulled no punches. “Mike Bloomberg is a billionaire Republican who purged the city of the working class, who sold it out to foreign oligarchs and who terrorized black and Latino youth,” she told Goodman and Juan González. “That’s Mike Bloomberg’s legacy in New York. And that is not someone who should be anywhere near the presidency.”

| February 10, 2020
Lavin’s Top Pandemic Speakers Explore the Spread of Diseases like the Coronavirus 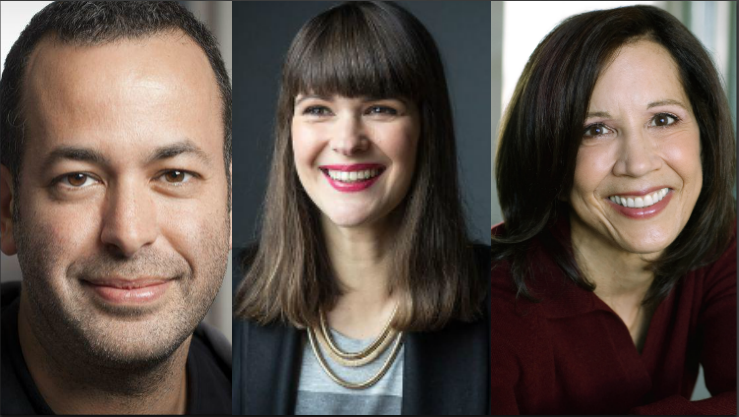