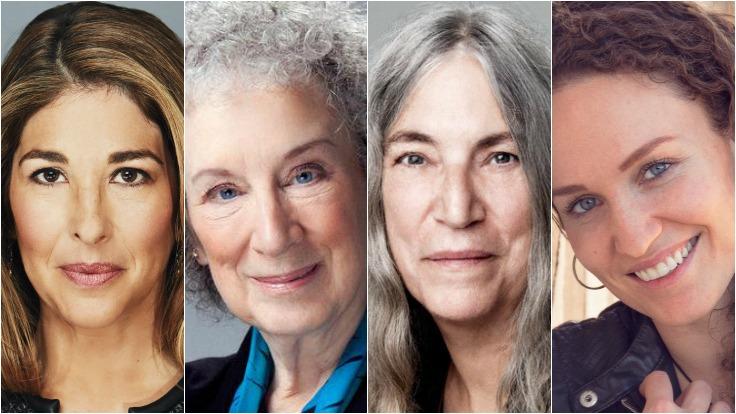 Pacific Standard has rounded up twenty-five must-read books being released in Fall of 2019. Among them are Lavin Speakers Margaret Atwood, Naomi Klein, Megan Phelps-Roper, and Patti Smith.

Margaret Atwood—The Testaments
The highly anticipated sequel to Margaret Atwood’s seminal book The Handmaid’s Tale is almost here. Fans who have followed along with the book’s heroine Offred in the Emmy-winning TV adaptation need not worry about spoilers: The Testaments is set fifteen years after the events of the first book. However, this is just about all that is known about Atwood’s latest novel. In advance of its release, The Testaments was longlisted for the 2019 Booker Prize, making it Atwood’s sixth nomination for the prestigious literary award.

Megan Phelps-Roper—Unfollow: A Memoir of Loving and Leaving the Westboro Baptist Church
The Westboro Baptist Church is a controversial religious affiliation known as an emblem of hate around the world. But as a child growing up in the madness, Megan Phelps Roper had no idea. She thought she was part of a strong-knit and loving community. It was only as she got older that she began to question the troubling ideology of the Westboro church, and eventually broke free. In Unfollow, Phelps-Roper tells the incredible story of how she found the strength to walk away from her family and faith.

Naomi Klein—On Fire: The (Burning) Case for a Green New Deal
Award-winning journalist Naomi Klein is back with an exploration of the Green New Deal: the ambitious set of policies designed to save the earth while simultaneously protecting its citizens. In a collection of essays, commencement addresses, and speeches delivered throughout the last few years, Klein makes a compelling and focused argument against the cult of consumer capitalism, and in favour of a radical new way of being.

Patti Smith—Year of the Monkey
Writer, musician, and living legend Patti Smith returns with another memoir this Fall. In Year of the Monkey, Smith chronicles her 70th year of life, which she has chosen to spend on a solo wanderlust journey. From California to the Arizona desert, the National Book Award winning author takes us through the wonder, grief, disillusionment that she experiences on the road with her trademark prose and poetry.

To book a Literature speaker for your next speaking event, contact one of our knowledgeable sales agents at The Lavin Agency.

technology | August 14, 2019
Amazon and the Robot Revolution: Martin Ford Weighs in on the Leaders in Automation