“The state has no business in the hard drives of the nation,” Rick Mercer said on his top-rated Rick Mercer Report this week. The Gemini-winning satirist was “ranting” about the controversy surrounding Vic Toews, the Minister of Public Safety, whose proposed Bill C-30 would allow the government, in Mercer’s words, to “peek into your hard drive” and gain access to all your online traffic, how much money you make, where you get your news, what you say to your best friend, and how you vote. The Globe and Mail has called it “troubling legislation.”

Mercer, like countless other Canadians, seemed particularly flabbergasted by Toews’ contention that Canadians have only two choices in accepting the bill. Here’s Mercer:

You can call us anything you want, Mercer concludes, addressing Toews.  “We’re not going to let you peek. That doesn’t make us criminal. It makes us Canadian.”

Though deftly entertaining and good natured, Mercer is unafraid to tackle controversial subjects—in fact, he often saves his best rants for them. Earlier this season, his impassioned rant against teen bullying sparked an outpouring of positive comments on a situation that has flown under the radar for too long. Before that, Mercer’s rant challenging young people to vote inspired countless op-ed articles and student-led gatherings. 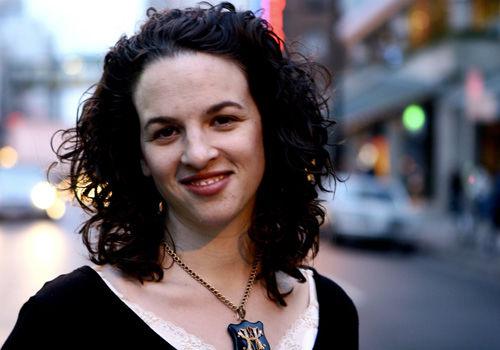