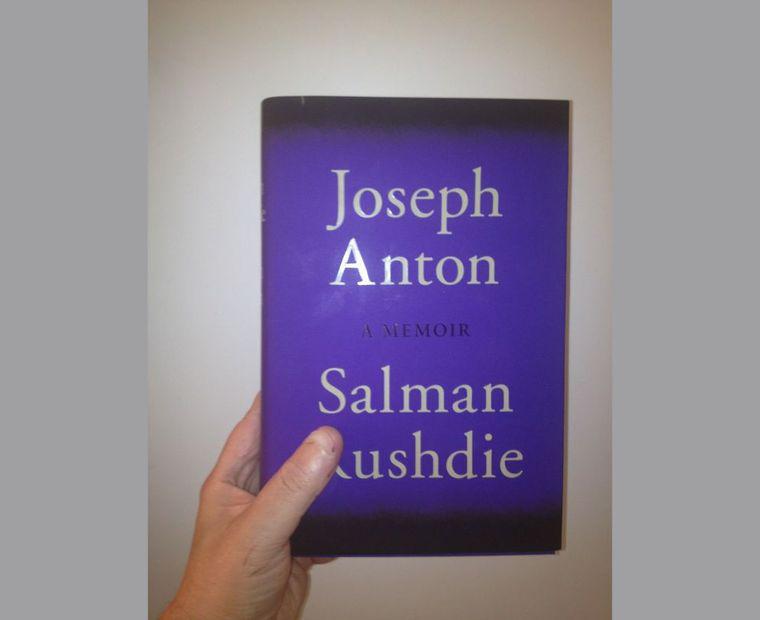 Today on Twitter (where else?), Lavin speaker Salman Rushdie tweeted a photo of the UK cover of Joseph Anton, his wildly-anticipated memoir. “Here it is,” he writes. “Worldwide release date September 18. English & 16 other languages.” Earlier, he tweeted: “Today I got my first copy of the UK first edition of my memoir….These are the best moments in a writer’s life.” The memoir’s title refers to the alias Rushdie adopted while in hiding, and is based on two of his favorite writers: Joseph Conrad and Anton Chekhov.

In the book, Salman Rushdie writes, for the first time, about the extraordinary circumstances that forced him to give up his name in the first place: namely, the years he spent living and writing underground, forced there by a fatwa placed on him after the release of his novel The Satanic Verses. The new book, Joseph Anton, talked about for a few years now, is one of the most anticipated memoirs in recent memory.