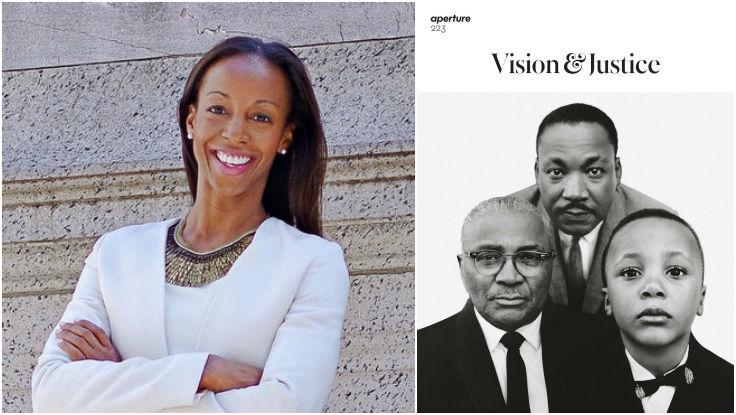 Sarah Lewis’s Photographic Vision of Justice: Harvard, Brooklyn, and Beyond

As reported in The New York Times, Sarah Lewis’s exploration of race through the lens of photography is seeding new educational streams. Her three-part “Vision and Justice” course at the Brooklyn Public Library, inspired by her Aperture issue of the same name, is already at capacity.

Author, art historian, and Harvard Assistant Professor Sarah Lewis opened a window onto contemporary and historical African-American identity with her thoughtful curation of the Summer 2016 issue of the iconic photography journal Aperture. Featuring a diverse range of scholars, artists, and photographers in vivid colour and black-and-white, the issue “was quickly embraced by readers for its panoptic view of black life,” according to The Boston Globe. Selling 20,000 copies in less than two months, “Vision & Justice” became required reading for all incoming freshman at New York University’s Tisch School of the Arts.

The beautiful journal has proven itself to be more than a tangible archive of Blackness in America, and its effects are still rippling across the country. Running from late March to late April of this year, the Brooklyn Library course is modeled on the Harvard classes Lewis teaches in the departments of Art History and African-American Studies, but accessible to those without Ivy League status.

“When Ms. Lewis began teaching on race and photography at Harvard last September, the United States had a black president and almost all pundits expected Hillary Clinton to become the first female president,” writes James Estrin in the Times. “Ms. Lewis challenged students to explore how photography, art and design formed concepts of racial identity from slavery to today. As the campaign gained in intensity and issues of racial and religious identity came to the fore, she shifted the final classes to address students’ concerns about the tenor and substance of the political debate.” 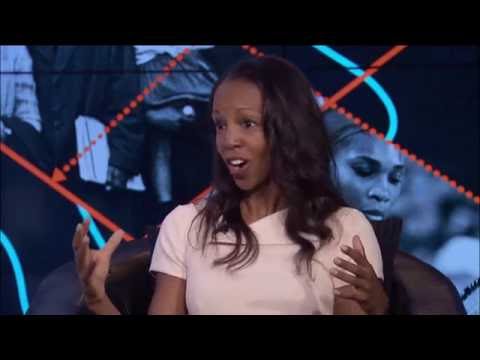 As Estrin points out, Lewis’s merging of visual literacy and current events relates to some of the most vital questions of the moment, on every plane. The material of “Vision & Justice” is cueing some profound obervations, not just in students’ minds—but in Lewis’s as well. “When the class considered the famous image of Trayvon Martin wearing a hoodie, her students immediately realized that it was taken at an Apple store because, she said, they ‘could read the ceiling lighting above his head, and the angle at which he was positioning his face’ relative to a computer screen.”

“[Students] are able to read pictures in ways that are almost unconscious.”

— Sarah Lewis, The New York Times
More than ever, as The Boston Globe reported last summer, Lewis’s work on “Vision & Justice” has “taken on a life of its own.” Besides her classes at Harvard and the Brooklyn Library, an associated documentary series is in the works. In the meantime, Lewis will continue to investivagate race and reparations through the camera lens, a vision that shows things that would remain otherwise hidden.

To find out more about author, scholar, and speaker  Sarah Lewis, contact The Lavin Agency today. 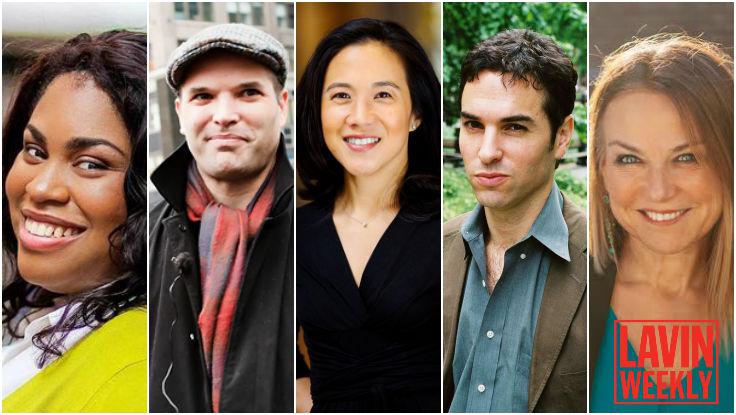