Shalini Kantayya at TED: The Future of The American Dream is Green

“Saving our environment doesn’t come at the cost of jobs and the economy,” says filmmaker, environmentalist, and TED Fellow Shalini KantayYa in her newest TED Residency talk. Instead, she says, we need to think about cultivating a clean future, while creating opportunities today.

“The idea of pulling myself up by my boot-straps was laced into my coconut chutney,” begins Shalini Kantayya, citing her mother’s work ethic and influence in her choice to become a filmmaker. “How will you eat!” was the question leveled at her, and in some ways, that is what Kantayya asks in her award-winning documentary films.

“How will you eat?” turns into: how can we be nourished? How can we create a relationship with our environment that sustains us both now and in the future—without destroying it? As Kantayya discovered while gathering footage for her film in Richmond, California, it begins with challenging the notion that environmentalism is a pursuit of the privileged. Creating a robust, clean energy industry in the US (and beyond) is only one step to transitioning to a clean and just future. We all deserve “equal access to the ladder of opportunity,” she says.

Kantayya’s production company 7th Empire Media works to create a culture of human rights and sustainability through imaginative media. She most recently directed Breakthrough for National Geographic: a series profiling trailblazing scientists who will transform our future (returning for a second season in May 2017), with Executive Producer by Ron Howard. Her latest film, Catching the Sun, explores the race for the clean energy future through the stories of solar entrepreneurs in the U.S. and China. The film premiered at the 2015 Los Angeles Film Festival and was named a New York Times Critics’ Pick.

To book Shalini Kantayya for your event, contact the Lavin Agency today.

retail | April 11, 2017
Are You Ready for the Retail Revolution? Douglas Stephens’ New Book Reengineering Retail Maps the Future of Selling 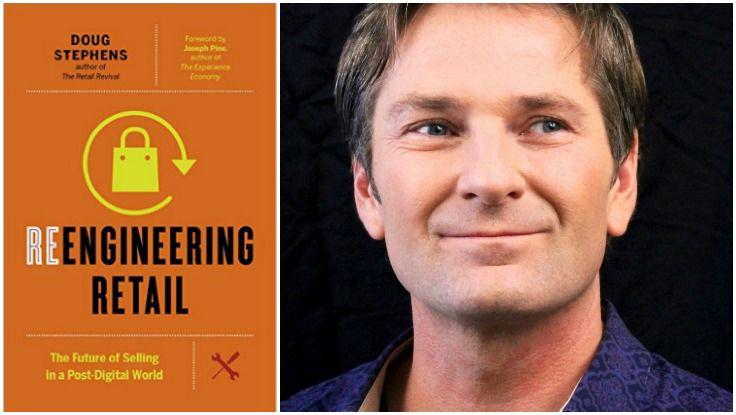