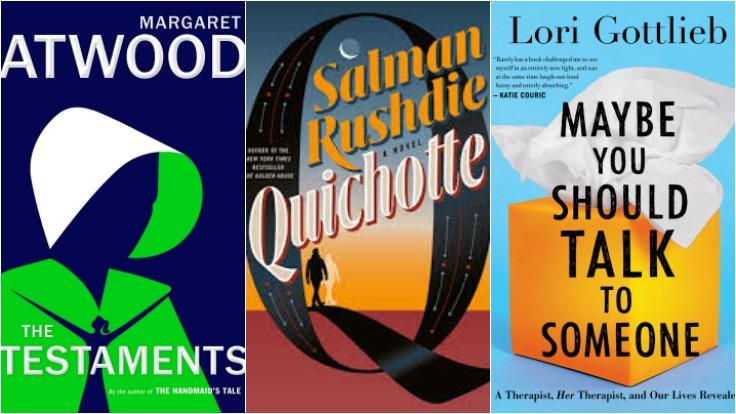 Salman Rushdie—Quichotte
The prolific author’s 14th novel reimagines the famous Don Quixote character in a satirical metafiction. Quichotte is set in Donald Trump’s America and follows “pharmaceutical-product salesman who has watched so much TV that he believes he must marry a Bollywood star turned daytime talk show host.” As delightful as it is absurd, Quichotte was shortlisted for the Booker Prize.

Margaret Atwood—The Testaments
The highly anticipated sequel to The Handmaids Tale was released this year with as much fanfare and praise as you would expect. Atwood returns readers to the Republic of Gilead, this time through the perspectives of three new female characters. A co-winner of the Booker Prize, The Testaments “answers questions that have gnawed at readers both old and new for decades.”

Jayson Greene—Once More We Saw Stars
Jayson Greene’s world was forever changed when a freak accident claimed the life of his two-year-old daughter, Greta. Forced to reckon with a grief that “easily could have swallowed him whole,” Greene wrote Once More We Saw Stars in the aftermath of her death. Though rooted in tragedy, the memoir offers love, light, and hope in the face of unspeakable loss.

Lori Gottlieb—Maybe You Should Talk to Someone
In her stunning memoir Maybe You Should Talk to Someone, Lori Gottlieb takes readers into her world as a psychotherapist. Using real patient sessions, as well as her own experience with a therapist, Gottlieb underscores the importance of the stories we tell ourselves to live. “Her blend of honesty, empathy and humor makes the book an enjoyable read—and, at a time of growing calls to destigmatize mental health issues, a valuable one.”

David Wallace-Wells—The Uninhabitable Earth: Life After Warming
New York Magazine’s Deputy Editor David Wallace-Wells has written a haunting book on the devastating effects climate change will have on our planet. Strangely enough, in painting a grim picture of what awaits us, Wallace-Wells has also inspired a heady call-to-action. TIME calls it perhaps the “most effective antidote to complacency yet.”

To book one of these incredible speakers for your next event, contact The Lavin Agency today, their exclusive speakers bureau. 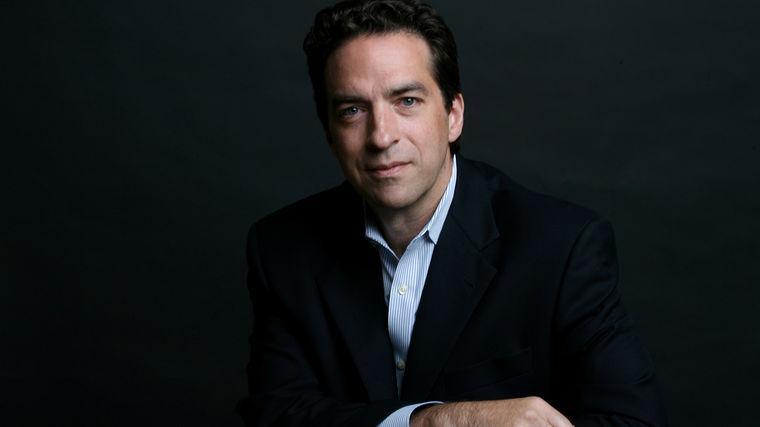