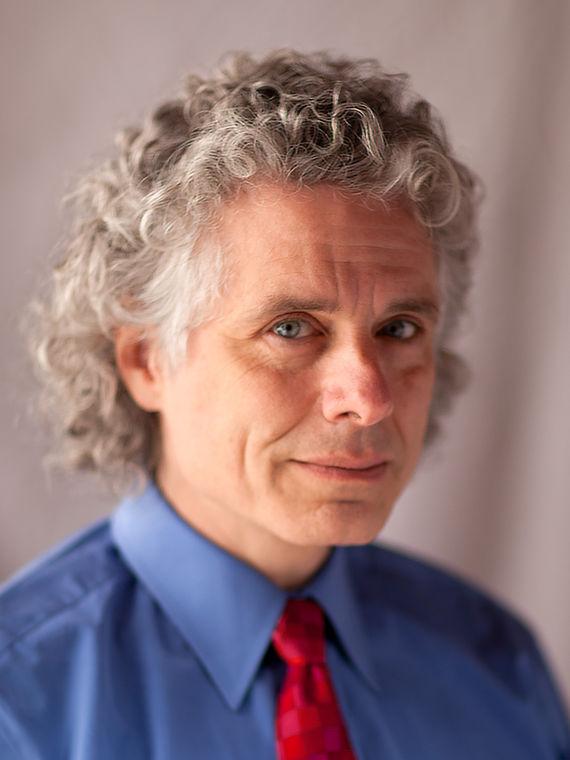 Steven Pinker: The Better Angels of Our Nature and Advances in Gay Rights

In his new masterwork, The Better Angels of Our Nature, Steven Pinker argues that we may be living in the most peaceful era of human history. Though the book is ostensibly about the decline in violence worldwide, a review in Xtra! points to the significance that Pinker’s work has for gay rights: “In one key chapter, The Rights Revolution, the straight-but-not-narrow Montreal native goes into detail about advances in understanding homosexuality.”

[Q]ueer readers may be especially intrigued by the pages Pinker devotes to advances in the rights of gay and lesbian people around the world. Rather than associating the gay liberation movement with depravity and the decline of civilization – like the modern religious right so often does – Pinker writes that the advances made by gay people and the overall decline in violence towards us is a sign of humanity’s advancement as a species.

In the rest of the LGBT-focused review, Xtra points out that Pinker describes “the huge successes of the gay liberation movements, including how the coming-out of a huge number of public figures led Western cultures to a much greater degree of acceptance.” Pinker also argues that young people today are simply less homophobic than their older colleagues. “The acceptance strikes me as a true generational difference,” Pinker writes, “one that this cohort will take with them as they become geriatric."

Voted one of the 100 Notable Books of 2011 by The New York Times, Pinker’s book is a multifaceted doorstop that looks at, among other things, the rise of peace and empathy, the decline in violence, and—Pinker’s perennial subject—human nature. It was recently called “astoundingly good” by Nicholas Kristof, who writes: “It’s my bet to win the next Pulitzer Prize for nonfiction.”