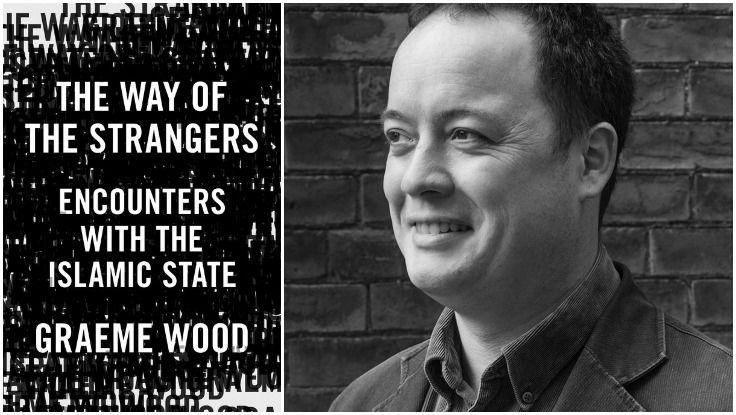 The Definitive Book on the Islamic State: Graeme Wood’s The Way of the Strangers Arrives Next Week

Graeme Wood’s The Way of the Strangers—a gripping and myth-busting study of ISIS—hits shelves next week. Wood’s full-length expose follows his electrifying Atlantic article “What ISIS Really Wants”: a key text to understanding the theology, psychology, and strategy of the Islamic State.

Wood’s “What ISIS Really Wants” rocked the world—it was the most-read piece on the entire Internet in 2015, and called “fascinating, terrifying, occasionally blackly humorous” by Steven Pinker. Now, threading together over a decade of journalism, Wood gives us The Way of the Strangers: Encounters with the Islamic State—a full-length release that takes him around the world to discover the motivations, ideologies, and delusions of a group that is as destructive as it is misunderstood.

You can read an excerpt of the book here, in The Atlantic. It traces the “long and troubling journey” of John Georgelas, a precocious yet underachieving Texas boy who became an ISIS convert—and who is now one of the group’s most important recruits.

Graeme Wood is also a powerful keynote speaker. In talks, he weaves together his original research, interviews with scholars and jihadists, and personal reflections from his close, clear-eyed look into the dark heart of modern extremism.

Tens of thousands of men and women have left comfortable, privileged lives to join the Islamic State and kill for it. To them, its violence is beautiful and holy, and the caliphate a fulfillment of prophecy and the only place on earth where they can live and die as Muslims.

The Way of the Strangers is an intimate journey into the minds of the Islamic State’s true believers. From the streets of Cairo to the mosques of London, Wood interviews supporters, recruiters, and sympathizers of the group. We meet an Egyptian tailor who once made bespoke suits for Paul Newman and now wants to live, finally, under Shariah; a Japanese convert who believes that the eradication of borders—one of the Islamic State’s proudest achievements—is a religious imperative; and a charming, garrulous Australian preacher who translates the group’s sermons and threats into English and is accused of recruiting for the organization. We also learn about a prodigy of Islamic rhetoric, now stripped of the citizenship of the nation of his birth and determined to see it drenched in blood. Wood speaks with non–Islamic State Muslim scholars and jihadists, and explores the group’s idiosyncratic, coherent approach to Islam.

The Islamic State is bent on murder and apocalypse, but its followers find meaning and fellowship in its utopian dream. Its first caliph, Abu Bakr al Baghdadi, has declared that he is the sole legitimate authority for Muslims worldwide. The theology, law, and emotional appeal of the Islamic State are key to understanding it—and predicting what its followers will do next.

Through character study and analysis, Wood provides a clear-eyed look at a movement that has inspired so many people to abandon or uproot their families. Many seek death—and they will be the terror threat of the next decade, as they strike back against the countries fighting their caliphate. Just as Lawrence Wright’s The Looming Tower informed our understanding of Al Qaida, Graeme Wood’s The Way of the Strangers will shape how we see a new generation of terrorists.

Advance praise for The Way of the Strangers

“Indispensable and gripping . . . Graeme Wood’s quest to understand the Islamic State is a round-the-world journey to the end of the night. As individuals, the men he encounters are misfits, even losers. But their millenarian Islamist ideology makes them the most dangerous people on the planet.”—Niall Ferguson, senior fellow, Hoover Institution, Stanford University, author of The War of the World

“Over the course of its short life, the Islamic State has inspired millions, thousands of whom have rallied to its cause in search of a glorious death. But why? Are its devotees nothing more than sadists and two-bit mafiosi for whom religion is a fig leaf and who will fade away in the face of military defeat? In this essential book, Graeme Wood draws on more than a decade of reporting to demolish these and other comforting deceptions.”—Reihan Salam, executive editor, National Review

“Graeme Wood is America’s foremost interpreter of ISIS as a world-historical phenomenon. In The Way of the Strangers, he has given us the definitive work to date on the origins, plans, and meaning of the world’s most dangerous terrorist organization.”—Jeffrey Goldberg, editor in chief, The Atlantic

To book conference speaker Graeme Wood for your next event, get in touch with The Lavin Agency, his exclusive bureau.