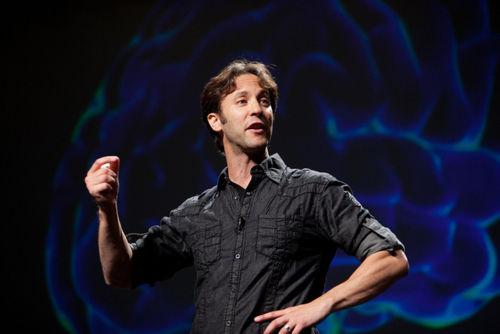 In a recent article in The Guardian, Lavin speaker David Eagleman debated Raymond Tallis on the age-old question of whether our personalities, desires, and actions are governed by our unconscious mind, or whether the human condition is much more complicated. Eagleman's New York Times bestseller Incognito explores this question in accessible detail, pointing out that our behaviors, thoughts, and experiences are inseparably linked to the vast, wet, chemical-electrical networks of the brain. While we still have much to learn about the connection between our conscious and unconscious mind, we now know that at the very least, there is much more going on "under the hood of conscious awareness" than we once believed.

"We have discovered that the large majority of the brain's activity takes place at this low level: the conscious part – the "me" that flickers to life when you wake up in the morning – is only a tiny bit of the operations. This understanding has given us a better understanding of the complex multiplicity that makes a person. A person is not a single entity of a single mind: a human is built of several parts, all of which compete to steer the ship of state. As a consequence, people are nuanced, complicated, contradictory. We act in ways that are sometimes difficult to detect by simple introspection. To know ourselves increasingly requires careful studies of the neural substrate of which we are composed."


In the article, Raymond Tallis debates Eagleman, arguing that "it does not follow that our brains are pretty well the whole story of us," and makes the case for humanity's social nature—our "community of minds, a human world, that is remote in many respects from what can be observed in brains"—as a major driver of behavior that neuroscience fails to account for. Eagleman admits that culture has a huge affect on personal values and choices, but says that culture leaves a "signature in the circuitry of the individual brain," and that "moral attitudes...can be read from the physiological responses of brains in different cultures." Eagleman doesn't believe that humans are biological robots devoid of free will. Instead, he argues that the human experience is a unique combination of unconscious machinations, evolutionary programming, and direct conscious action. In Incognito and in his energizing keynotes, Eagleman helps us understand how our perceptions of ourselves and our world result from the hidden workings of the most wondrous thing we have ever discovered: the human brain.