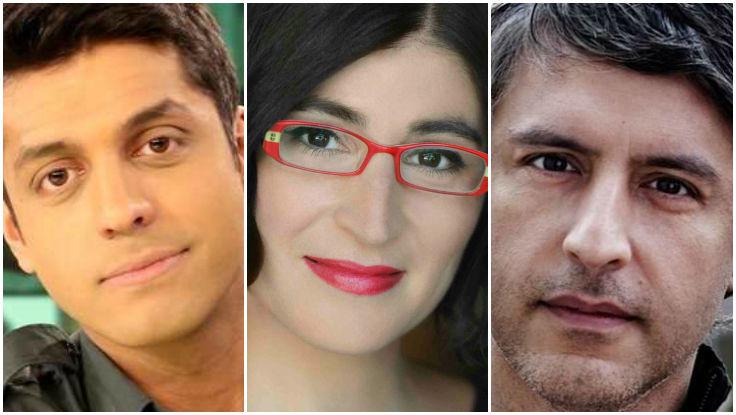 A brand-new initiative from PEN America will showcase American Muslim storytellers and their allies, focusing on intersecting topics of identity, race, politics, and media representation. The series, called “The M Word,” is co-curated by Lavin speaker and award-winning playwright Wajahat Ali, and will comprise six events over a period of two years that also involve two other Lavin speakers: Reza Aslan and Negin Farsad. The first event, “Muslim-American Comedians on the Right to Joke,” takes place September 21 in New York.

Panelists for the first instalment of “The M Word” include The Daily Show’s Hasan Minhaj, social justice comedian and author of How to Make White People Laugh Negin Farsad, and Ali as moderator. And if Farsad’s and Ali’s past work is any indication, the show should be informative, stereotype-smashing, and laugh-out-loud funny. Here’s how PEN America describes the series:

For centuries, Muslim Americans have played a vital role in building America’s varied and inspiring cultural landscape. But throughout history, their voices have often been marginalized through ignorance, isolation, and violence. Misinformation, fear mongering, and the normalization of hate speech in mainstream media today have given rise to divisive presidential campaign rhetoric and rampant Islamophobia. Many Muslim-American writers and artists are thus increasingly pigeon-holed by editors, producers, and audiences into explaining or defending their faith and its followers, rather than recognized for their own creativity and unique contributions to American culture.

At this critical moment, PEN America will embark on a groundbreaking program to elevate, amplify, and celebrate Muslim voices in America. 'The M Word,' a new series funded by the Doris Duke Foundation for Islamic Art's Building Bridges Program, will provide a platform for Muslim American writers to address audiences on their own terms—highlighting the art forms, narratives, and identities that influence their work—and to challenge the prevailing narrow representations of highly diverse Muslim communities comprised of more than three million Americans.

Over the next two years, PEN America will bring together some of the most bracing and original voices from both Muslim and non-Muslim communities in conversation on the challenges of self-identification and self-expression in today’s social and political climate. Each program will center on a different genre of writing—including fiction, comedy, script-writing, punditry, and more.

Tickets are sure to vanish quickly, so grab yours today ($30 general admission, $24 for PEN members). And if you miss the show, no need to worry—The Lavin Agency exclusively represents Wajahat Ali, Reza Aslan, and Negin Farsad for speaking engagements. Just call or send an email to inquire about bookings. In the meantime, here’s Wajahat Ali speaking on the dangers of Islamophobia: