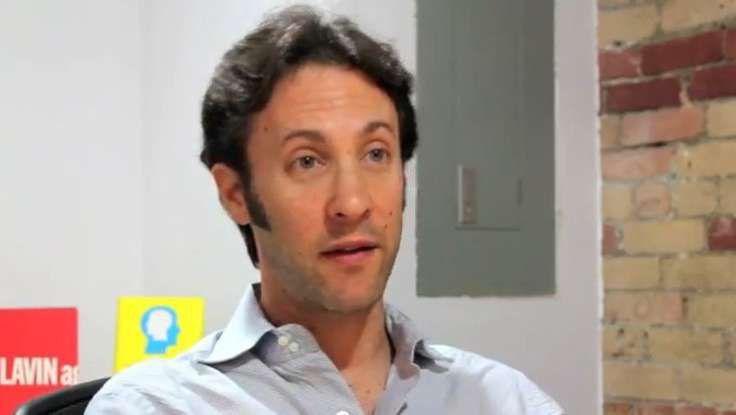 "We treat incarceration as a one-size-fits-all solution," David Eagleman explains in a recent interview about the U.S. justice system. "In America, we incarcerate more of the population than any other nation in the world—because in large part, there is no nuance to how we approach the system." He explains that differences in people's physiologically driven behavior are not taken into account in the judicial system. Instead, every offender is treated the same and punishments are uniform even if that course of action may not help a particular offender be rehabilitated.

As the founder and director of the Initiative on Neuroscience and Law, and a prominent neuroscientist, Eagleman has extensively studied the way our brains dictate our behavior—and what that means in terms of obeying and disobeying laws. The work he is doing with the initiative is particularly relevant in the wake of the Sandy Hook Elementary School shooting in Connecticut, and he has recently been blogging about the importance of using in-depth brain research to chart and understand violent crime. Part of his work uses Big Data analysis on crime patterns to understand the nature of criminal activity, and to make better decisions about the rehabilitation and sentencing of violent criminals.

"Our system is built on the assumption that if you’re over 18 and over the IQ of 70, you’re a practical reasoner, free to choose how you act," he says. "But modern neuroscience suggests that those are not good assumptions." He argues that we should be using the data available about why certain people commit certain crimes to create a more tailored system that can provide customized rehabilitation that may prevent repeat offenses. While this is a fascinating topic in the scientific community, Eagleman says he is "pleased and surprised by the interest in neuroscience outside of academia." At one of his recent keynotes, he says that a massive crowd turned out to listen to his insights on the topic—proving that his research is really resonating with the public. "Rock stars are used to big crowds, but scientists aren’t," he says, "yet there’s a real public appetite [for neuroscience]." Those massive turnouts can also be attributed to Eagleman's energetic and engaging approach to the subject matter, as he provides audiences with eye-opening material while keeping them thoroughly entertained throughout his presentations.