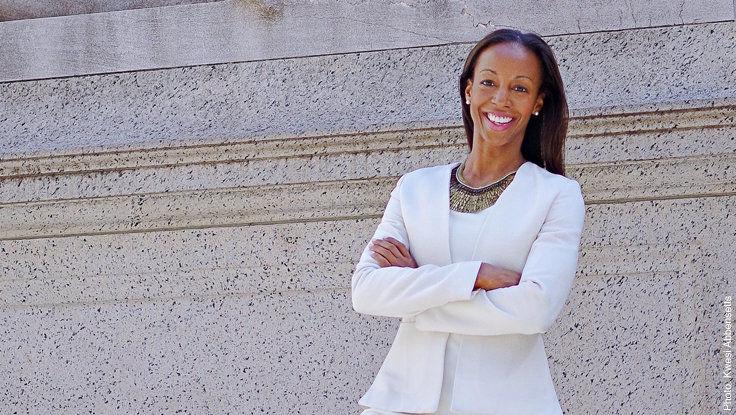 “Vision & Justice” includes writings from Henry Louis Gates Jr., Thelma Golden, and Margo Jefferson, as well as photos by Carrie Mae Weems, Awol Erizku, and Deborah Willis. It begins with a foreword from Lewis, and later features an interview she conducted with celebrated Ethiopian director Haile Gerima—and both are available as part of a preview from Aperture’s website. Lewis isn’t the only Lavin speaker on display, however: photographs from new speaker LaToya Ruby Frazier are included, and they’re introduced by Teju Cole. For anyone interested in photography and civil rights, “Vision & Justice” is a must-read.

A recent New York Times feature calls “Vision & Justice” “an insightful volume that reveals the weight and urgency of images,” and TIME says it’s “an extensive exercise in ‘retrospective’ and correction where the breadth of the works restores a plurality of topics necessary for full representation of the black experience.” Sarah Lewis’s belief in the transformative power of art shapes her work with Aperture, and it’s also the subject of the following clip from Big Think:

Sarah Lewis is an Assistant Professor of History of Art and Architecture and African and African American studies at Harvard University, and her essays on contemporary art, culture, and race have been published in The New York Times, Artforum, and The New Yorker. Her book The Rise is a study of innovation, creativity, and success—and what really spurs iconic, transformational change.

To book a keynote from Sarah Lewis, or from other diversity speakers like LaToya Ruby Frazier and Teju Cole, contact The Lavin Agency speakers bureau.