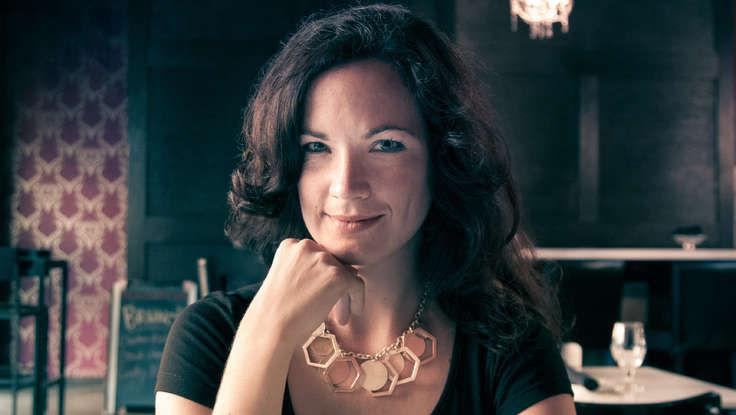 What If We've Already Found Signs of Alien Life? Lucianne Walkowicz in TIME

Are we really alone in the universe? It is a question that has been asked for centuries, and one that TED Fellow Lucianne Walkowicz is seeking to answer. As she recently explains in TIME Magazine, she and her research team are examining the night sky for proof of the existence of extraterrestrial life. While the idea of life on other planets is fascinating enough, the way that Walkowicz and her team are trying to discover it is even more interesting. They are looking to the stars to determine if certain patterns of flickering light are actually signals being sent to us from life on other planets. With a research topic that provocative, it's no wonder that the TIME story explaining her work is currently the most popular science article on the magazine's website.

While the flickering of a star can sometimes be explained by conventional physics, Walkowicz and her team are looking for "unusual patterns of variability," and irregularities that aren't explainable by already-known physical processess. “What would lead us to say it really is an alien signal?” Walkowicz asks in the article. “I don’t know, but in my book, finding things you can’t explain is interesting no matter what it is. If we see ‘SOS, send water,’ in Morse code, that would be great.” She also says that there is a possibility that we may have already detected such signals in the past—but were unaware of it—and that this research can help us determine if that is indeed the case or not. Even if their primary objective isn't attained, she says that there exists potential to uncover new variation patterns in the stars—a side benefit that she explains is equally as valuable.

She admits that there will be a great deal of ambiguity with the project, and that it is a very complex undertaking that may not guarantee succees right off the bat. However, the astrophysicist, and leader in the Large Synoptic Survey Telescope (LSST) big data project, says that it is better to pursue cutting-edge scientific ventures and fail, than to only attempt research projects that are guaranteed successes. "If we’re always succeeding all the time, maybe we’re not trying hard enough," she argues. In her electrifying talks, she expands on the important discoveries that she and her team are making, and how their findings are changing our understanding of the universe. She unpacks the complexities of the cosmos with impressive clarity and encourages us to look up and be curious about the mysteries of the universe.