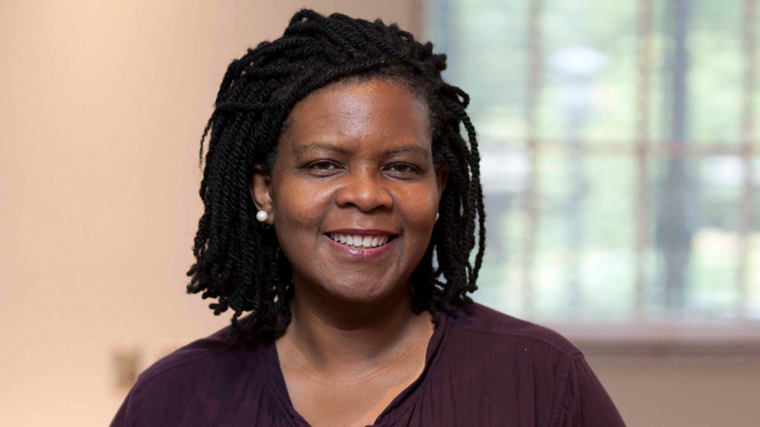 Juneteenth is America’s vital new holiday, commemorating the end of slavery. Annette Gordon-Reed, the first Black person to win the Pulitzer Prize for History and MacArthur Genius, is one of the integral voices who helped Juneteenth officially enter our national conversation. Her book about this profound day—On Juneteenth—is a powerful, essential work of history that weaves together America’s past with personal memoir; it was named one of the best books of the year by the Washington Post, TIME, and NPR. The New York Times said Annette is “one of the most important American historians of our time”: she is revealing an incredibly important historical story that no one has told but that everyone needs to learn.

Annette Gordon-Reed is a Professor of History in the Faculty of Arts and Sciences at Harvard University, the Carl M. Loeb University Professor at Harvard Law School, and the award-winning author of six books. Her latest book, On Juneteenth, sets out to capture the integral importance of the holiday to American history. It quickly became a New York Times bestseller, was featured on the magazine’s 100 Notable Books list, and chosen as one of its the top five non-fiction books of the year. When President Joe Biden finally signed into law a bill that established Juneteenth as a federal holiday—the culmination of a decades-long effort—Gordon-Reed was among those invited to witness the historic moment. “I think it will be good for the country to have a day to reflect on slavery and the end of slavery,” Gordon-Reed said.

In her earlier piece “Growing Up with Juneteenth,” written for The New Yorker, Gordon-Reed recounts how the Texas holiday became a national tradition: “When I was a little girl, in Texas, I thought Juneteenth belonged to us, meaning to the state of Texas generally and to Black Texans specifically,” she starts, before going on to recount the disconnect between “freedom” in legal terms versus lived reality, the unfulfilled promise of the Declaration for Black Americans, and the horrors they have had to endure even after the Emancipation Proclamation. Impassioned, moving, and articulate, On Juneteenth is an even deeper, more personal recollection—a captivating blend of memoir and history that explores the violence and oppression that preceded and followed this celebration, what it means to us now, and how it relates to our larger fight for equality.

“With respect to feedback on Annette, nothing but praise! People wanted more. Many said they learned so much and that they wished they had more time for more questions. Others noted that her style of delivery made it that much more palatable because it was easy and conversational. We are truly grateful for the opportunity to have had her speak to us.”

“Like her latest book, On Juneteenth, our conversation with Annette Gordon-Reed was profound in its scope and impact, while also intimately grounded in her personal history and life experiences as a native Texan, historian, and as part of the first generation of African Americans to desegregate the South. The feedback from our employees has been overwhelmingly grateful and inspired. Our employees are in the business of story-telling and were especially moved by Gordon-Reed’s examination of the origin stories told (and those historically silenced) about this country. Gordon-Reed reminds us that American history is endlessly complicated and that there is plenty of room for different voices and interpretations beyond the myths of valor and heroism that have dominated American history.”

“Close to a month after the event, Annette’s voice and words still resonate. I’m still getting compliments on the wisdom of my choice of speakers. Her historical knowledge is of course deep and impeccable, and she has the magic touch when it comes to sharing that knowledge in such a way that real enlightenment comes to those who are not scholars or specialists. Annette's talent for engaging a variety of minds with the full weight of her expertise but without condescension or abstraction made the panel discussion a memorable highlight of the evening. Overall, Annette was an exceptional choice for us, and I’m grateful to Lavin for being instrumental in making it happen.”