The Muslim community is so unique, so beautiful. We must find the creative courage to tell our stories.

Founder of The Charter for Compassion 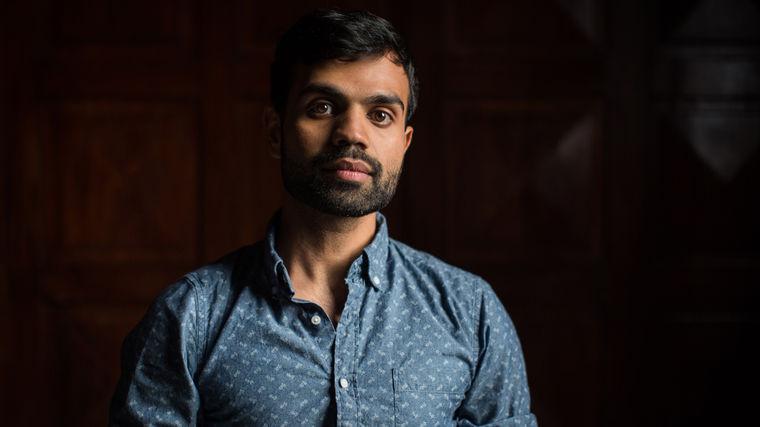 Learning Not to Forget

Where do you seek representation, and how do you make yourself heard, seen, and understood? These questions inspire Bassam Tariq as a filmmaker, an entrepreneur, and speaker. TED fellow and director of the acclaimed films These Birds Walk, the Sundance Jury Prizewinning Ghosts of Sugar Land, and the recent Mogul Mowgli, Tariq investigates the way Muslim Americans live in our polarized world today, transcending religion and politics to tell a deeply human story that affects us all.

In his electrifying new film Mogul Mowgli, Bassam Tariq tells the story of a British Pakistani rapper (played by Riz Ahmed) who is on the precipice of break-through success when he is struck suddenly by an autoimmune disease. Like Tariq’s other films, it explores crucial, yet unwieldy themes of identity, culture, family, trauma, legacy, and what it means to exist in multiple different worlds. As a Muslim in contemporary America, Tariq is aware of the masks that he and people like him are forced to wear—self-censoring and dealing with guilt by association if a Muslim “does a bad thing,” he says. In his previous film, Ghosts of Sugar Land—shortlisted in the documentary short category for the 92nd Academy Awards, and available on Netflix now—Tariq depicts this literally, covering the characters’ faces with superhero masks as they deal with the possibility that their friend has joined ISIS. In his talks, Tariq approaches contemporary prejudice with insight and compassion, teasing apart an issue that goes much deeper than religion and social divisions. His sensitive talks show us how to both question and transcend what divides us, while thoughtfully acknowledging our differences.

Tariq’s Sundance-funded film These Birds Walk, about street children in Karachi, Pakistan, made The New Yorker, IndieWire, and Sight & Sounds Magazine's best of the year lists. “Through Asad’s rounds and Omar’s story—his family awaits in desolate Taliban territory—the filmmakers record the flash of youth’s headlong energies, its bumps and bruises, and its melancholies and brilliant chaos,” writes The New York Times. His viral 30 Mosques adventure blog, where he visited Muslim communities from around the country, made the front page of Time.com and CNN.com twice. It was named as CNN’s most notable story of 2011. He also made Filmmaker Magazine’s coveted “25 Directors to Watch” list.

Leading by Listening How to Increase Connection, Find Better Solutions, and Earn Trust

One of the challenges to effective leadership is really connecting with the people you’re leading. Award-winning director Bassam Tariq knows that building a common language, and creating a framework people are comfortable working within is a key place to start. It’s about meeting people where they’re at, then working together to grow that comfort zone and communication. How can identifying and acknowledging the emotion behind the words and beliefs your team is expressing lead to better solutions, and open up new arteries of communication? Confirming that your colleague’s opinions have meaning is, in itself, quite meaningful; and Bassam explores how developing a dynamic of mutual empathy increases connection and trust. Saying “trust me”—a common instinct—actually destroys conversation—and trust. The best way to earn trust, change attitudes, and truly lead is to offer solutions instead of platitudes, listen effectively, and grow together—and Bassam will show you how.

The Beautiful and Complicated History of Muslim America

The PEW Research shows that the majority of Americans continue to have a negative perception of Islam. But the story of Muslims in America is vast and more complicated than you think: A newly converted man finds love in a South Dakota prison; a refugee community heals from the wounds of the Balkan wars in Idaho; a family in the Midwest negotiates directly with ISIS.

For the past eight years, Bassam Tariq has travelled to all 50 states chronicling stories for his viral travelogue 30 Mosques in 30 Days and his many ongoing writing projects. In this talk, he brings the complex history of Muslim America to life: starting from the African burial grounds found at the World Trade Center site to the present day War On Terror’s targeting of Muslims. Through first-hand accounts, Bassam Tariq gives a deeply intimate look into the diverse lives lived in Muslim America. Each personal, deeply empathetic story gives the audience a unique glimpse into the lives lived everyday by people just like them.

Many companies continue to scratch their heads on what “diversity in the workplace” means. Consultants are paid good money to help these companies figure out the answer. The truth is simple but harder to digest: diversity is not just about understanding, it is also about accepting what we won’t be able to understand. In this candid talk, Bassam Tariq presents a bold definition of diversity. He takes us on a personal journey through his constant fear of being pigeonholed. A blogger, filmmaker, and also a butcher, he relates his disparate professions as a response to the complicated history that America has had with diversity and makes the case for diversity always being the factor that drives innovation.

The Case for the Trillion Dollar Market

Ogilvy & Mather, a leading ad agency, has projected the 2014 spending in the global halal market at USD 2.3 trillion dollars. Yes, trillion dollars. This includes Islamic financing, cosmetics, food, and meat. Unfortunately, the majority of people jumping into the faith-driven market are taking shortcuts and taking advantage of people’s orthodoxy. Bassam, the co-founder of a thriving halal meat business Honest Chops in New York City, speaks of the rich opportunities in the halal market. From a wide array of case studies, he will share the stories of why many halal businesses have failed, and why others have have succeeded. Bassam makes the bold case that the halal market is the perfect intersection of social entrepreneurship and faith-based purchasing.

Video: Turking for a Living

How to Make a Documentary that Rises Above the ‘Social Issue’ Cliches, from Directors of ‘These Birds Walk’

In his award-winning documentary Ghosts of Sugar Land, Bassam Tariq shares a story that transcends...

In his new TED talk (embedded above), Bassam Tariq speaks passionately about “the beauty and...