The one thing that needs to be bigger than climate change is our movement to stop it.

New York Times bestselling author of The Flag, The Cross, and the Station Wagon, Falter, and The End of Nature | Founder of 350.org and Third Act 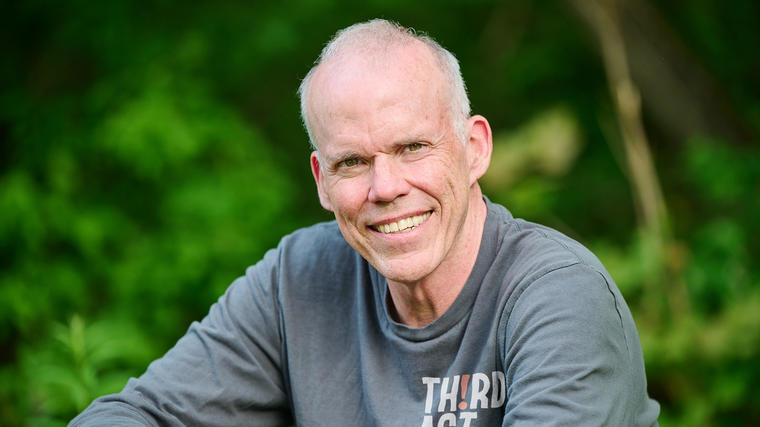 Everyone Knew about Climate Change. Why Didn’t We Do Anything? (5:13)

What Now? The Climate Fight at a Desperate Moment

Bill McKibben On The Fate Of The Earth | The New School

Of all the challenges the planet faces, none is as large as its fast-heating climate—and no one has worked longer or harder than Bill McKibben to document and fight the ever-growing crisis. Author of the first book about global warming—1989’s The End of Nature—McKibben went on to found 350.org, the biggest grassroots climate campaign in the world, and Third Act, a progressive organizing movement for people over the age of 60. His latest book The Flag, the Cross, and the Station Wagon is an investigation of our tumultuous past and a roadmap towards a better future. In Falter—a New York Times bestseller—he offers a call-to-arms, 30 years after The End of Nature set the stage.

Bill McKibben was awarded the Right Livelihood Prize, sometimes called the “alternative Nobel.” His book The End of Nature is regarded as the first book for a general audience about climate change, and has been translated into 24 languages. TIME Magazine called him “perhaps the planet’s best green journalist,” and he’s lectured and organized on every continent, including Antarctica. His recent book—Falter: Has the Human Game Begun to Play Itself Out?—offers a piercing look not only at our environmental challenges, but at the existential questions that come with new technologies like artificial intelligence.​ The LA Review of Books says “McKibben in Falter once more explains nature’s workings, asks profound questions, and tells wonderful stories,” calling it “a humane and wise book, even a beautiful one.”

In his heartfelt, hopeful talks, McKibben offers realistic approaches to saving our planet, as individuals, of course, but also as thoughtful members of a mobilized group. When it comes to building a movement, we should consider “being a little bit less of an individual,” he says.  Together, we can create “the right kind of pressure” to make change, like getting college campuses to divest from fossil fuels. He also explores the environmental possibilities of technology, like the use of solar panels across Africa. Audiences are uplifted by McKibben’s stories of people all over the world engaged in making the planet a more environmentally just, sustainable place. His talks “give people a sense that even in their deep worry—they are not alone,” he says.

McKibben’s writing has earned him numerous awards, including membership in the Literature section of the American Academy of Arts and Sciences, and the John Steinbeck prize. As of February 2020, he writes a regular climate crisis newsletter for the New Yorker, where he provides in-depth updates and interviews from inside the worldwide climate movement—as well as potential solutions where a grassroots push could lead to progress.

The author of fifteen books, in recent years he’s written authoritative pieces on renewable energy in Africa for The New Yorker and on the fossil fuel industry for Rolling Stone.  The Schumann Distinguished Scholar in Environmental Studies at Middlebury College and a fellow of the American Academy of Arts and Sciences, McKibben was the 2013 winner of the Gandhi Prize and the Thomas Merton Prize, and holds honorary degrees from 18 colleges and universities. Foreign Policy named him to their inaugural list of the world’s 100 most important global thinkers. In 2014, biologists named a new species of woodland gnat—Megophthalmidia mckibbeni—in his honor.

The Race for a Working Climate What Now?

We're at a hinge moment in human history; on the one hand, we face an environmental cataclysm like none in human history; on the other, the rapid fall in the price of clean energy  gives us the chance for truly rapid progress.  In this urgent and engaging talk, New York Times bestselling author Bill McKibben reveals the part each of us must play in where we need to go.

Our Changing Climate A Global Movement of Reform

In the summer of 2007, Arctic ice began to melt far more rapidly than scientists had expected. Before the season was out, they'd begun to conclude that the earth was already moving past tipping points—that indicators, from the thawing of glaciers to the spread of droughts, showed global warming was a present crisis, not a future threat. Our leading climatologists even gave us a number for the red line: 350 parts per million CO2 in the atmosphere. That’s a tough number, since we’re already past it. In this talk, Bill McKibben describes not only the science of the situation, but also the inspiring global movement that he's led to help change the world’s understanding of its peril, and spur the reforms necessary to get the planet back to safety. McKibben’s work has crossed the boundaries of language and faith, even the gulf between rich and poor, and it makes for a vibrant, powerful talk that can lead to real change.

The Flag, the Cross, and the Station Wagon

Has the Human Game Begun to Play Itself Out?

The End of Nature

The Education of an Unlikely Activist

Making a Life on a Tough New Planet

Welcome to the Climate Crisis Newsletter

Bill McKibben Reckons with the Glorified American History of His Boyhood

Climate Change, the Problem from Hell

Maintaining hope for the future—when climate change poses as an existential threat and government...