To lead in a rapidly evolving world, we must embrace geopolitical risks and opportunities. 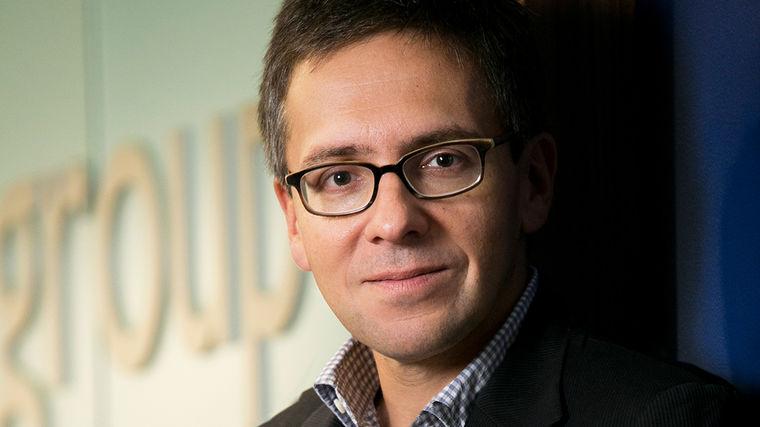 How the US should use its superpower status

NATO Expansion and the Opportunity for American Unity

How Can We Address Major Global Crises?

Why the Global Order Doesn't Work

Rapid shifts in global leadership are having a profound influence on democracy, free trade, and international cooperation. As a leading global political risk expert and acclaimed TIME columnist, Ian Bremmer uniquely understands the social, economic, and technological forces shaping the next wave of global politics. In talks, he lends his clear, prescient voice to help leaders in politics and business survive the shifting tides—and come out on top.

“Global political economy has no sharper or more prescient analyst than Ian Bremmer. Everyone who cares about our collective future will need to carefully consider [his] impressive arguments.”

When companies want to figure out how politics will affect their business, they turn to Ian Bremmer. As the President and Founder of the Eurasia group, the world’s leading political risk analysis firm, Bremmer manages the threats and opportunities that flow from politics to business in a rapidly evolving world. He is credited with bringing the concept of geopolitical risk to the financial markets—creating Wall Street’s first-ever Global Political Risk Index (GPRI)—as well as coining numerous industry terms that are now widely used by leaders and policymakers. Bremmer is also the New York Times bestselling author of eleven books, including Us vs Them: The Failure of Globalism, an eye-opening account explaining the rise of phenomena like Donald Trump and Brexit. In this “lucid and provocative book” (Kirkus) Bremmer clearly unpacks the next wave of global politics and its implications. His newest book is The Power of Crisis: How Three Threats – and Our Response – Will Change the World. It’s a compelling examination of the crises we’re facing right now and how we can harness them to create a better world—CNN host Van Jones called it “essential reading for an anxious planet.”

In addition to his books, Bremmer writes a weekly Foreign Affairs column for TIME magazine, where he is an editor-at-large, and contributes to publications such as The Wall Street Journal, The New York Times, Harvard Business Review and The Washington Post. In 2017, Bremmer founded GZERO Media, a subsidiary of the Eurasia Group that provides the public with intelligent coverage of global affairs. He hosts a weekly digital and broadcast show on the network called GZERO World, where he explains current global stories, interviews notable thought leaders, and answers burning questions from the public. Bremmer also frequently expresses his political views on national television, regularly appearing on networks such as CNBC, Fox News, Bloomberg Television, NPR, and the BBC.

Bremmer earned a Ph.D. in political science from Stanford University and was the youngest-ever national fellow at the Hoover Institution. He is a global research professor at New York University and has held faculty positions at Columbia University, the EastWest Institute, and the World Policy Institute. Bremmer was named a Young Global Leader of the World Economic Forum, where he is the founding chairman of the Global Agenda Council on Geopolitical Risk.

Us vs Them The Failure of Globalism

Just a few short years ago, the promise of globalization was ripe. The most vocal supporters spoke convincingly of a world of winners—each enjoying abundant economic growth and universal liberal values. Unfortunately, the promised “world of winners” has not materialized. And those who have paid the price for globalism’s gains are now rejecting the traditional media, politicians, and corporate elites— who they blame for their losses— in favor of populist leaders that echo their fury and frustration. In this talk, Bremmer explains why populism is spreading as a result of globalism’s failures, the devastating effect it will have on emerging nations, and how we can manage the incoming threats.
Economics

The New Abnormal Who Are the Winners and Losers in a G-Zero World?

Following events like the financial crisis, global recession, and the Arab Spring, we have officially entered what political analyst Ian Bremmer refers to as “The New Abnormal:” a period defined by its heightened geopolitical and market volatility. Factor in that all these crises are occurring against the backdrop of a G-Zero World—a world in which no country is able to adequately set the international agenda—and we have a turbulent political forecast ahead. A leaderless world poses significant challenges; the challenge in our ability to keep peace with Asia and the Middle East, in our quest to grow the global economy, and in the likelihood we will reverse the devastating effects of climate change. No nation in the world will escape the effects of The New Abnormal. In this talk, Bremmer artfully explains how the global balance of power will shift during this fraught period, and what we can do to protect the economy, our natural resources, and our national security in the meantime.

Following WWII, America set out to create a world order in its own image, and effectively became the leading superpower in the process. The new order worked in favor of U.S. interests, but also served those who accepted the American way, leading to a rise of advanced industrial democracies underpinned by a liberal international order. Today, the world has fundamentally changed, and the rising emerging markets are typically poorer, less diplomatically experienced, and much less stable than their post-WWII counterparts. This change will have drastic effects for the American-led order, and the global order at large. In this talk, Ian Bremmer explains the causes and consequences of a fractured global order—namely geopolitical conflict and lack of leadership—how the U.S. can move forward in uncertain times, and what investment strategies to adopt for the future ahead.

The End of the Free Market Who Wins the War Between States and Corporations?

In this fascinating talk, Ian Bremmer explains the rise of state capitalism in countries such as China, Russia, and the Arab monarchies along the Persian Gulf. Following the collapse of communism, these authoritarian states have begun manipulating the markets to create the means to a political end. From governments that control domestic economic sectors, to the state-owned oil companies that possess the majority of the world’s crude oil reserves, Bremmer explains how the rise of state capitalism threatens the global economy, and more specifically, free market capitalism.

The Failure of Globalism

Three Choices for America’s Role in the World

Every Nation For Itself

Winners and Losers in a G-Zero World

The End of the Free Market

Who Wins the War Between States and Corporations?

The Meaning of Brexit: An interview with Ian Bremmer

What Does Nicholas Thompson Have in Common with Billionaires and World Leaders? They’re On the LinkedIn Top Voices List.

Social media is noisy. On LinkedIn alone, there are over 2 million posts, videos and articles...