Real solidarity and racial justice begins when we bring community into everything we do. 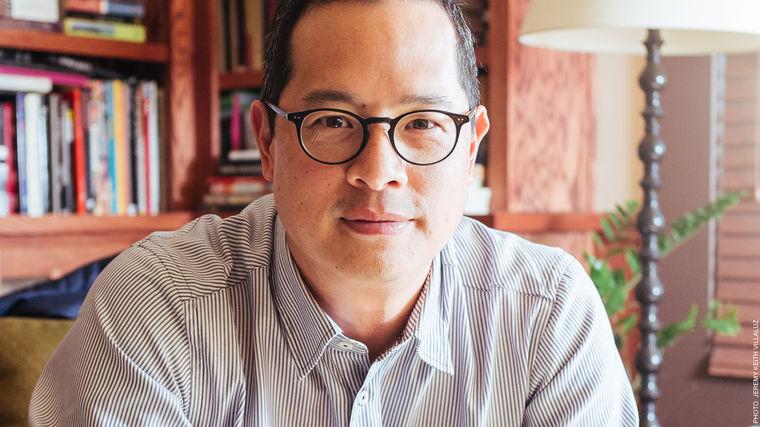 Organizing, and Protesting, for Civil Rights in America

We Gon' Be Alright - Really!

The In-Betweens: How Can We Live Together in America?

How do we support racial justice? For Jeff Chang, it’s about community: “when we see each other, we can feel each other, and then we can fight for each other.” He’s a dynamic speaker whose quest to confront anti-Asian violence and build racial solidarity is both “urgent and passionate” (The New Yorker). Jeff is a key commentator in the PBS series Asian Americans and the author of Can’t Stop Won’t Stop, an epic history of political activism, hip hop, and grassroots social change that Slate named one of the best non-fiction books of the past 25 years.

“There is no more fitting writer to chronicle an unprecedented moment in American history than Jeff Chang.”

Jeff Chang is a renowned social historian, organizer, and author; his ground-breaking work in politics, music, arts, and activism has had profound cultural impact in the fight for racial justice. A driving force behind the deeply emotional #StopAsianHate video (featuring Olivia Munn and Simu Liu), he shed light on anti-Asian violence for millions of viewers by elevating the most influential Asian and Pacific Islander voices of our generation.

Along with Renee Tajima-Peña, Jeff co-founded The May 19th Project, a social media and video campaign promoting solidarity within Asian and Pacific Islander communities and all other communities. Viewed over 40 million times, this project was born from a desire to change the narrative “from one of anxiety and fear to one of agency and power — returning to our stories of solidarity to find the strength and inspiration to move forward.” Jeff was also crucial in the creation of the Cultural New Deal— an urgent call for policy makers to do their part in ending racial injustice, created alongside beloved activists, filmmakers, and artists, and he’s the innovative mind behind CultureStr/ke: a vibrant community space for writers, musicians, and other cultural workers who fight hate by sharing the stories of migrants.

In his powerful book We Gon' Be Alright: Notes on Race and Resegregation, Jeff boldly explores the impact of recent tragedies and widespread protests, linking #BlackLivesMatter to #OscarsSoWhite, and Ferguson to Washington D.C. The Washington Post called it “the smartest book of the year.” Can't Stop Won't Stop: A History of the Hip-Hop Generation, Jeff’s epic saga of music, politics, and activism, won the American Book Award and was selected by Slate as one of the most important books of the past twenty-five years. In Who We Be: A Cultural History of Race in Post-Civil Rights America, Jeff dives deep to uncover a hidden history of the American social movements that still impact how we see each other today.

Jeff was named one of “50 Visionaries Who Are Changing Your World” by The Utne Reader and he is a USA Ford Fellow in Literature. He has written for the New York Times, San Francisco Chronicle, Mother Jones, Salon, Slate, Buzzfeed, and Medium, among many others. Born and raised in Honolulu, Hawai’i, Jeff is a graduate of ‘Iolani School, the University of California at Berkeley, and the University of California at Los Angeles. He formerly served as the Executive Director of the Institute for Diversity in the Arts at Stanford University.

We Gon’ Be Alright Race and Resegregation in Today’s America

After several years of unrest and tragedy across the United States, how can we heal and discover a path forward for social justice? What can we expect for race relations in a changing, polarized America? In this talk, Jeff Chang explores the thoughts and ideas that he out in his essay collection We Gon’ Be Alright, which The Washington Post called “the smartest book of the year.”

Jeff says that the key to healing is in stopping the growth of resegregation—there are groups that want to bring us back to days before Brown-vs.-Board-of-Education, when people of color had to sit at the back of the bus and American schools were divided. We need to unseat and confront any policies that would lead us to resegregation, and Jeff can help you join the great fight of our time—the fight to once again establish America as a thriving, prosperous, equitable place for all.

Asian-Americans are experiencing a surge in violence and discrimination; if we want to fight back against this tragic trend, Jeff Chang says that we need to know our history. Asian Americans first came to the U.S. to serve as inexpensive labor after the abolition of slavery. Since then, Jeff says that Asians have played an ‘in-between’ role in the racial hierarchy of the country. he explains. This in-between status—characterized by the model minority myth—can be harmful, dangerous, and obscure the inequality that Asians and Pacific Islanders face, even in their own communities.

In the light of anxieties and conspiracy theories about the coronavirus and the deaths of Asian women in Atlanta in the spring of 2021, Jeff Chang draws upon his vast body of work to offer us much-needed historical context for this racially-charged moment in history. We don’t want to emerge from this crisis more divided than before, he says. And while change won't happen overnight, this knowledge will empower us to move away from racial segregation, inequity, and injustice, towards a multicultural future.

Who We Be The Colorization of America

Race is the most divisive and intense topic in American life, whether half a century go or today. Over the past few decades, the United States has seen the most dramatic demographic and cultural shifts in its history: what can be called the colorization of America. But the same nation that elected its first Black president on a wave of hope has still been plunged into endless culture wars. Jeff Chang asks the questions that we need to confront about how we got here and where we’re going next.

How do Americans see race now? How has that changed—and not changed—over the last fifty years? After eras framed by words like “multicultural” and “post-racial,” do we see each other more clearly than we used to? In this talk, Jeff remixes comic strips and contemporary art, campus protests and corporate marketing campaigns, Martin Luther King, Jr. and Trayvon Martin into a powerful, unusual, and timely cultural history of the idea of racial progress. He brings fresh energy, style, and sweep to the essential American story.

Beats. Rhymes. Life. Hip hop, as both music and a social movement, influenced a generation with new insights on politics, community, and art. Social historian Jeff Chang travels across the world and back through the decades to show us how hip hop defined the lives of millions of people and continues to impact us today.

Jeff draws from his award-winning book Can’t Stop Won’t Stop—Slate called it one of the best non-fiction books of the past 25 years—to trace the tumultuous period in which hip-hop came to life: a time when the post-civil rights generation moved from out of the margins and into the mainstream. He speaks with passion, backed up by deep research and a critical understanding of pop culture, to show students that this important history is actually their history.

Notes on Race and Resegregation

A Cultural History of Race in Post Civil-Rights America

A History of the Hip-Hop Generation

The Art and Aesthetics of Hip-Hop

This Is Life with Lisa Ling

Jeff Chang on the History of Asian-American Discrimination

The Surge of Anti-Asian Violence

Announced today, Slate’s 50 Best Nonfiction Books of the Past 25 Years—recognizing the “definitive...

“Joy is also resistance”: New Docuseries Based on Jeff Chang’s We Gon’ Be Alright Premieres Today

“It’s been over five decades since the Civil Rights Act, yet the last few years have quickly...

Are “We Gon’ Be Alright”? Jeff Chang on the Future of Activism in a Post-Trump World

As the era of Trump begins, how will social activism change? In a perceptive new essay, We Gon’ Be...

Across America, it’s been a summer of turmoil and division. After shootings in Dallas, Minnesota,...

Who We Be: Jeff Chang's Convocation Speech On Race, Rap, & America

Jeff Chang, a diversity speaker and author of Who We Be, recently gave a rousing keynote at Carleton...

According to Jeff Chang, "artists are central to social change." As he told the audience at The...

When culture leads, politics will follow. Eventually. So says diversity speaker Jeff Chang, who is...

Indie kingmakers Pitchfork have compiled a list of their favorite music books and Can’t Stop Won’t...