It takes conscious, consistent, and creative effort to make a life worth living. 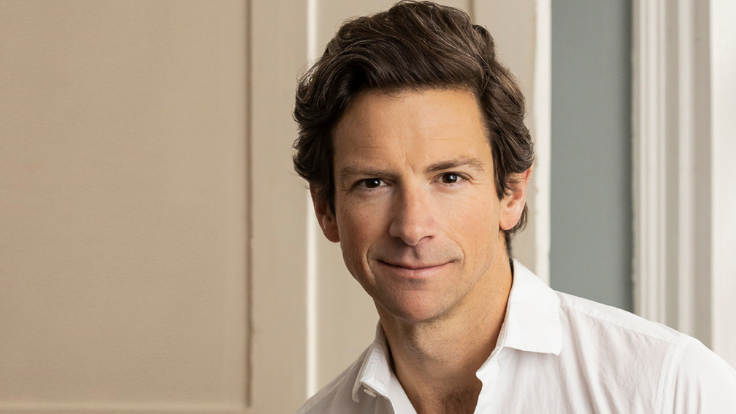 John Kaag believes philosophy is the “stuff of everyday life.” The Chair of Philosophy at the University of Massachusetts, Lowell, and an award-winning author of several books, he explores topics important to all of us: our mental and physical health, our happiness and emotional well-being, and how we can find our deeper purpose. In the aftermath of a pandemic that brought the world great suffering and collective trauma, Kaag's work is especially timely, revealing how we can consciously respond to grief and move forward with hope and pragmatism. His talks—intimate, soulful, and wise—teach us how to develop a personal philosophy that will ultimately help us lead better, more fulfilling lives.

“Mr. Kaag deftly weaves his philosophical concerns with the small and large crises of daily life.”

The father of American philosophy, William James, once asked: “Is life worth living?” It was not a theoretical question, but a very real one: “James's entire philosophy, from beginning to end, was geared to save a life—his life,” writes John Kaag. In his deeply personal, thought-provoking new book, Sick Souls, Healthy Minds, Kaag looks to philosophy, but also empirical psychology, to help answer some of life’s biggest questions—using his own life as the template. In doing so, Kaag confronts the challenges and uncertainties that we will all face at one point or another, and have confronted with more frequency during recent years: how should we process feelings of isolation and meaninglessness? How should we approach romantic relationships or raise our children? And how should we balance our routines, necessary and yet often anesthetizing, with the spontaneity and indulgence needed to truly experience life? Practical, compelling, and crucial for the anxiety-inducing times we live in, Kaag’s book offers more than a lucid introduction to William James’ philosophy—it shows us how to actively pursue a life worth living. Chosen as one of Malcolm Gladwell’s Next Big Idea Club’s most anticipated non-fiction books of spring, Sick Souls, Healthy Minds has been described as “earnest [and] accessible” (New Yorker), “pithy and exacting” (Wall Street Journal), and “characteristically elegant” (New York Times Book Review).

Kaag is also the author of two other books. His debut, American Philosophy: A Love Story, was chosen as one of NPR’s Best Books of 2016, selected as a New York Times Editor’s Choice, and took home the John Dewey Award in American History. His book Hiking with Nietzsche, also an NPR Best Book of 2018, is described as “a stimulating book about combating despair and complacency with searching reflection.” As a teacher, Kaag is both approachable and profound—introducing audiences to deep, life-altering concepts that have the power to influence where we find meaning and how we become who we are.

In addition to his role as Professor and Chair of Philosophy at the University of Massachusetts, Lowell, Kaag is the External Professor at the Santa Fe Institute and a Professor of Philosophy and Writing at Outlier.org (an offshoot of Master Class). His engaging teaching style has earned him a number of awards throughout his career, including the University of Massachusetts Teaching Excellence Award (awarded to one professor across the university system) and Harvard's Bok Center Award for Teaching Excellence. He has appeared with Derren Brown at the Barbicon Theatre to talk about living through suffering and Kaag has written extensively in academic philosophy but his work has also appeared in popular media such as The New York Times, The Wall Street Journal, Outside Magazine, The Paris Review and Harper’s Magazine. Kaag studied at the University of Cambridge and received his doctorate in American Philosophy from the University of Oregon.

Sick Souls, Healthy Minds How Philosophy Can Save Your Life

In his new book Sick Souls, Healthy Minds, philosophy professor John Kaag draws on the work of William James—the founder of pragmatism and empirical psychology—to answer the question: what makes life worth living?

James made a powerful distinction between two mindsets: the “sick-souled”—or those who believe the world might be meaningless, alien, or largely indifferent to their suffering—and the “healthy minded”: people with an attitude toward life that is open, active, hopeful, and urgent while continuing to stay mindful of its risks.  Using this framework, Kaag explores how, in moments of crisis, we can use philosophy and therapeutic techniques as a way to respond to our challenges and emerge stronger than before.

A mesmerising combination of personal experience and intellectual thought, both this book and its accompanying presentation will inspire audiences to pursue a life with attention, intention, and meaning.
Mental Health

What Doesn't Kill You...

“Do two things everyday that are difficult. Just for practice.”  This was the suggestion of William James, the founder of modern psychology in the United States, a recommendation that was meant to prepare his audience for a life of hard knocks. Kaag, following James and host of other thinkers, explains why individuals flourish in the face of hardship, and how it is possible to live  meaningfully not in spite of suffering and struggle, but by virtue of it.  The trick is to struggle in the right way, explains Kaag, which is the central lesson of this motivating presentation.
Five heart attacks, a cardiac arrest, a bout with sepsis, and bypass surgery (all by the age of forty), Kaag meets audiences as a well-seasoned guide through the crises they face.  He explains what sort of suffering should be avoided and what sort can be embraced in the course of a well-adjusted life.  This topic is the focus of Kaag’s Hiking with Nietzsche, which NPR called  a “stimulating book about combating despair and complacency with searching reflection,” and American Philosophy: A Love Story,  which was described by the New York Times as a “spirited lovers quarrel with the self-centeredness and anxiety of our age.”

Moving and deeply personal, “What Doesn’t Kill You” speaks to audiences’ deepest concerns and fears while giving them the tools to face, and face down, this life of hard knocks. What doesn’t kill you is a way of describing life—and Kaag helps audiences see that it can be a very good one.

How William James Can Save Your Life

On Becoming Who You Are

He Questioned the Meaning of Life. William James Answered.

How a Philosophy Professor Found Love in a Hidden Library