There is a gap between our aspiration for racial equity and our actualization of it. 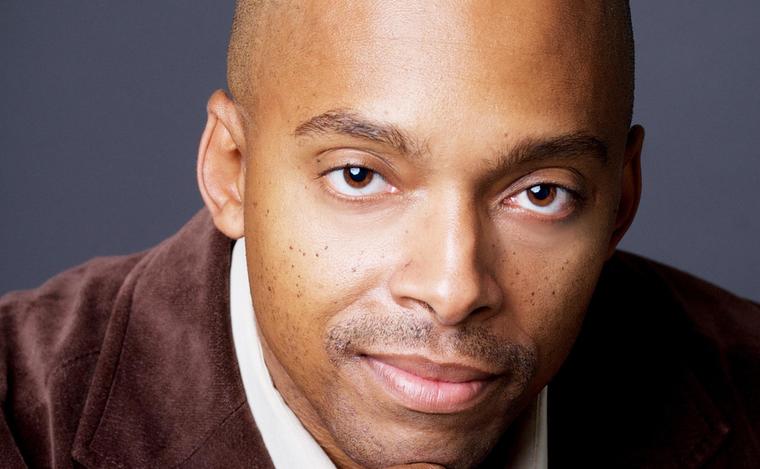 Race as an Aggravating Factor in Sentencing (2:31)

The Centrality of Slavery to the American Story (4:00)

The Importance of Race Education (5:46)

The Intersection of Race and Public Policy in America (1:18:30)

Widely known as one of the most influential authorities on racial justice in America, KHALIL GIBRAN MUHAMMAD is redefining our understanding of diversity and equity. His work has been featured in the landmark New York Times’  “1619 Project,” as well as Ava DuVernay’s Oscar-nominated Netflix documentary 13th. Muhammad also hosts the podcast Some of My Best Friends Are, a show candidly exploring the intricacies and absurdities of race. A Harvard Kennedy School Professor of History, Race, and Public Policy, Khalil explains how “bias education”—race education—can help individuals, institutions, and workplaces reconcile the past within the present, and move towards greater equity, together.

“Muhammad’s book renders an incalculable service to civil rights scholarship by disrupting one of the nation’s most insidious, convenient, and resilient explanatory loops: whites commit crimes, but black males are criminals.”

Khalil Gibran Muhammad is the author of The Condemnation of Blackness: Race, Crime, and the Making of Modern Urban America, a spectacular exploration of how the urban North shaped views of race and crime in American society. In it, Khalil expertly shows how the idea of Black criminality was crucial to the making of modern America—the promised land of opportunity— and the influence it has had on urban development and social policies to this day. The Condemnation of Blackness won the John Hope Franklin Best Book Award in American Studies.

Khalil is also the co-host, alongside his long-time friend Ben Austen, of the podcast Some of My Best Friends Are—produced by Malcolm Gladwell’s Pushkin Industries. Today a Harvard professor (Khalil) and an award-winning journalist (Ben), the two invite listeners into their unfiltered conversations about growing up in a deeply divided country. Covering a wide range of topics, from pop culture and history to politics and sports, the series shows us how we can have conversations about race and racism with levity—that we can stumble and still move forward. Ultimately, Some of My Best Friends Are is a thoughtful and compassionate exploration of the issues that divide us, showing us how we can come together, however imperfectly, in the process of learning. Khalil also recently appeared in several popular documentaries, lending his expertise to Ava DuVernay’s 13th, Will Smith’s Amend: The Fight for Equality, Slavery By Another Name (PBS), and Forgotten Four: The Integration of Pro Football.

Khalil is the former Director of the Schomburg Center for Research in Black Culture, a division of the New York Public Library and the world’s leading library and archive of global Black history. His writing and scholarship have been featured in a number of national print and broadcast media outlets, including The New York Times—notably as one of the contributors to its viral “1619 Project,”  which explores and exposes the true history of slavery in America—The New Yorker, The Washington Post, NPR, and MSNBC. He holds two honorary doctorates, and is on the board of The Museum of Modern Art, The Vera Institute of Justice, and The Nation magazine.

“Dr. Muhammad was absolutely amazing. He left our community pondering all the information and reflections that were shared. Moreover, we anticipate that his information will be a catalyst for future dialogue in the community. He is probably one of the best, if not the best speaker we have had in my 18 years of doing this event. His intellect is as sharp as any I have encountered. What an evening!”

Systemic Racism 101 What It Is, and How to Fix It

In the wake of the killing of George Floyd, the terms “systemic racism” or “structural racism” have gained common usage, but many people remain unsure how to define the terms or how to address a growing cohort of critics who say neither exist in the United States. Every leader knows you can’t solve a problem you don’t understand or don’t want to fix.
In this talk, racial justice expert Khalil Gibran Muhammed provides a history of how systemic racism evolved over time, helps people understand the shifting dynamics and nuances of the problem, and why most leaders—in higher education, corporate, non-profits and government—haven’t been solving for systemic racism since the 1960s. Khalil gives us the tools to tackle and solve this problem. If lasting change for racial equity is to be realized, many more people will have to do this work as informed, confident, and capable leaders.
DEI: Diversity, Equity, & Inclusion

Just as there is a wealth and income gap, a health and achievement gap, and a punishment and opportunity gap, there is also a power gap in our civic and corporate institutions. In a nation where nearly every organization values diversity and inclusion (or at least gives lip service to them), and most every individual believes in “opportunity for all,” people of color are vastly under-represented in senior leadership positions across all sectors of American society. Something is still not working. So what explains this enduring maldistribution of power and influence among men—and especially women—of color? And what should we do about it? Is it even enough to focus on racial representation as the measure of progress? In this invaluable talk for leaders in companies both large and small, Khalil Gibran Muhammad outlines three barriers—efficiency, color-blindness, and investment—that must be overcome for organizations to transform and harness the best ideas for success in the 21st century.

Juneteenth commemorates the last African Americans to gain their freedom from slavery. Like so much of American history, it was a moment of great promise and impending peril. Black freedom was not embraced by those who long benefited from slavery, even in the aftermath of a destructive war and a devastated nation. Slavery, the original sin of America, was not an aberration in the DNA of the nation, but rather one of its pillar institutions. And as it evolved from slavery to segregation, the story of racial progress was also a story of racial retreat and backlash.

In this compelling talk, racial justice authority Khalil Gibran Muhammad reveals how the reluctant freedom extended to Black Texans can act as a reminder: that we all have a role to play to challenge oppression in our society today, and to be vigilant stewards of the freedoms we have. Juneteenth gives us a chance to look at the twin legacies of slavery and freedom, side by side, and helps us to reflect on how far we’ve come and how far we still must go.

Diversity is Not Enough How Bias Education Makes Us Smarter, Fairer, and Kinder

The biggest bias of all? It’s thinking that we’re ‘unbiased.’ To social psychologists, there’s no such thing as a clean slate—individually, or institutionally. Compelling evidence tells us that even babies discriminate, absorbing skin color differences at infancy. And over time, children begin to interpret these differences through the cultural frameworks of their social environments: at home, in the neighborhood, and at school. Yet we confuse color-blindness—an impossibility—with non-racist behavior, which are not the same. In this talk, Khalil Gibran Muhammad argues that bias education—or race ed.—must be embraced in our curricula and our training programs. By acknowledging bias and difference, we can reduce harm, both past and present. We can create safer schools and institutions, and connect our histories to our stated values in more meaningful ways. And we can move toward greater racial equity—at the individual, institutional, and civic level.

In Punishment We Trust? Mass Incarceration in the Post-Civil Rights Era

Well known are the bleak statistics of incarceration that make America the world’s leading jailer. Racial disparities frame much of the debate about the disproportionate impact of police and prisons on black and brown lives and increasingly poor, rural whites. How does history inform our present moment and help guide us to a greater cultural understanding of how we think about crime and punishment? Are we unwittingly repeating mistakes from the past? How are we supposed to balance individual accountability with social responsibility? By taking the long view, this talk reveals how so much of what defines the crisis of mass incarceration today are rooted in a set of old ideas. And that the solution to today’s problems also grow out of our examples from our history.

The Condemnation of Blackness

Race, Crime, and the Making of Modern Urban America

Some of My Best Friends Are Podcast

History Of Policing: How Did We Get Here?

Power and Punishment: Two New Books About Race and Crime

No Racial Barrier Left to Break (Except All of Them)

We Are Donald Trump

The Past Must Be Present in Criminal-Justice Reform

A Review of Black Silent Majority

A Review of Ghetto: The Invention of a Place, the History of an Idea

Lessons on Race from George Zimmerman

“If we only search for a narrative that is most convenient to us, then we ourselves may be part of...