Film plays a central role in illuminating modern issues of race and representation. 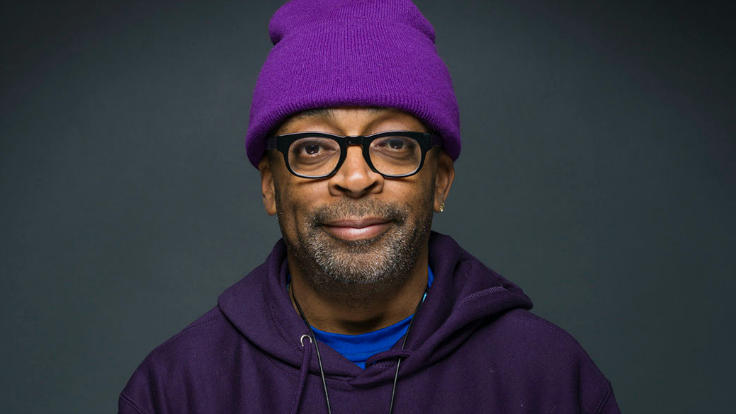 What Was Your Big Break?

Spike Lee needs no introduction. In person, the provocateur and media icon is never at a loss for words. As one of the most outspoken African American voices, he talks candidly, and with authority, about issues of race in mainstream media and Hollywood, using as a backdrop a rare behind-the-scenes look at his celebrated body of work.

Lee is an American film director, producer, writer, and actor. You already know the Academy Award-winning BlacKkKlansman, which was called his best film in a decade, taking viewers on a journey into “White America’s heart of darkness” (New York Times). You know and love the classic Do the Right Thing, and the Cannes’ favourite Jungle Fever. You cheered at Malcolm X, screamed during Summer of Sam, and felt enraged and empathetic watching When the Levees Broke, his Peabody-winning HBO documentary on Hurricane Katrina. You know the Nike Air Jordan ads. He’s one of the most influential directors of his generation. But do you really know Spike Lee?

Rumor has it that Shelton Jackson Lee was nicknamed “Spike” by his mother because he was so tough. Though born in Atlanta, Lee grew up in Brooklyn—the future setting for many of his films. Studying film at NYU’s Tisch School of the Arts, Lee made a thesis film, Joe’s Bed-Stuy Barbershop: We Cut Heads, which became the first student film ever to be showcased in the Lincoln Center’s New directors New Films Festival. His first feature, She’s Gotta Have It, shot on just $175,000, grossed over seven million at the box office. Lee has since produced and directed countless movies—or, as they’re known in the vernacular, “Spike Lee Joints.” He’s also penned a dozen screenplays, and appeared in everything from his own Clockers to Saturday Night Live. Four of his films have been inducted into the National Film Registry, securing their permanent place in the Library of Congress for being “historically, culturally, or aesthetically significant.” In 2020, it was announced that Lee will lead this year's Cannes Film Festival jury, making history as the first black person ever to do so in its 73 years of existence.

In person, the provocateur and media icon is never at a loss for words. As one of the most outspoken African American voices, he talks candidly, and with authority, about issues of race in mainstream media and Hollywood, using, as a backdrop, a rare behind-the-scenes look at his celebrated body of work, whose images of racial division and understanding have ingrained themselves on the popular consciousness for decades now.

An Evening with Spike Lee

Oscar-winning director and film icon, Spike Lee is one of the most outspoken Black voices in the media world. An incredibly influential director, he uses his platform to illuminate stories of racial division and unity on the big screen. In customizable talks, Lee discusses a wide range of issues, including filmmaking, race, and social justice. He draws from his stunning body of work, including such celebrated titles as Do the Right Thing and BlacKkKlansman, to punctuate his unique talks.

40 Acres and a Mule Filmworks

A Word With Spike Lee: ‘They Want to Rewind the Clock’

"Do What You Love. That's It.": Spike Lee On Becoming A Filmmaker [VIDEO]

When it comes to making a choice about your future, filmmaker Spike Lee says that "the worst thing...

Bad 25, directed by celebrity speaker Spike Lee, is a gripping documentary that pays homage to...

Lavin speaker Nikole Hannah-Jones' highly anticipated 1619 Project Hulu docuseries is out today! Based on Nikole’s #1 New York Times bestselling book, The 1619 Project docuseries gives us a fuller understanding of our country’s past and present, and inspires us to join the fight for racial justice and a better future.