This is a time for protest and activism, but it is also a time for subtlety, ambiguity and complexity. 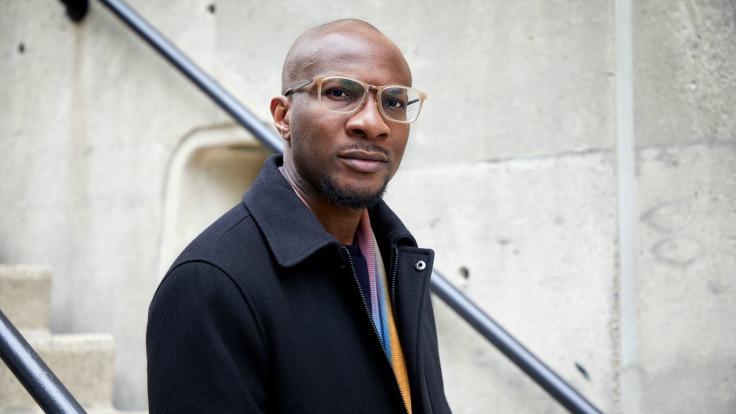 Crises of Democracy: After Mediocrity

Navigating the Geography of Art

A prodigious novelist, critic, and photographer, Teju Cole was born in the US and raised in Nigeria—a biographical fact that informs much of his work. His first novel, Open City, won the PEN/Hemingway Award, while his second book, Every Day Is for the Thief, was named a Book of the Year by The New York Times. Described as a “profound book of essays by a master of the form,” his latest book, Black Paper, examines how we can sustain our humanity during a deeply troubling and fractured moment of our history. These essays—on art, literature, politics, activism—serve as a reminder “that darkness cannot last forever, and even within it, there is meaning and hope.”

“He is a writer for our times.”

Teju Cole is currently the Gore Vidal Professor of the Practice of Creative Writing at Harvard.  He is formerly the photography critic for The New York Times Magazine from 2015—2019 (a position he originated). In both writing and photography, Cole combines his eye for beauty with his capacity to perceive human and civic truth. In his latest book Black Paper, Cole asks: What does it mean to sustain our humanity in times of darkness? One of the most celebrated essayists of his generation, he raises and explores, with razor precision, some of the most important ethical questions of our time: what does it mean to be human, to bear witness the humanity of others, and to recognize how our individual present is informed by a collective past. “To read this book is to enjoy the generosity of his thought, to be invited into a contemplation of your inner life, to embrace the complexity of others, and to see in the darkness not only despair but also understanding and even refuge” (The Guardian).

Cole’s incredible solo exhibit in Milan, Punto d'ombra, was published as a gorgeous collection of photographs in the book Blind Spot: each full-color photo accompanied by selections of lyrical prose that explore “the mysteries of the ordinary” (The New York Times Book Review). Blind Spot was named one of TIME’s Top 10 Nonfiction Books of 2017.

Recently, Cole was invited by the Museum of Contemporary Art in Chicago to curate an exhibit, titled “Go Down Moses”, after the well-known spiritual song. The exhibit explores themes of freedom, suffering, the environment and the future—and marks Cole’s major curatorial debut.
Read More
Testimonials

“We had a great time with Teju. He was brilliant, insightful, courteous, and really easy to deal with.”

An Evening with Teju Cole

Hailed by Salman Rushdie as “among the most gifted writers of his generation,” Teju Cole has a keen eye for beauty—and for hope, truth, and human nature. In keynotes customized for his audiences, Cole speaks on a wide range of issues: from literature, photography, and criticism, to politics, ethics, and humanity. His expertise ranges from the past to the future, and touches on a variety of crucial questions of the present. He challenges audiences to face the complexities of existence and to consider what it means to be human in the historical moment we inhabit.

Writing in a Dark Time

Every Day Is for the Thief

Finding My Way to a New Form: An Interview with Teju Cole

An Interview with Photographer Teju Cole

"the fulfillment of an intellectual project that has defined most of his career."

In his new book Black Paper, Teju Cole explores what it was like to be a Black man in America...

Go Down Moses, a new art exhibit at the Museum of Contemporary Photography in Chicago, features 150...

“Images are Reflecting Pools of Our Time”: These Three Visionary Speakers Will Change the Way You See the World

An image has the power to show us the world anew—something we need now more than ever. In...

In this Lavin Weekly, Teju Cole explores the role of broken glass in photojournalism; David...

“The author annotates his own photography with short essays that read like prose poetry,” says TIME...

Time’s Top 10 lists for 2016 are out, and the Nonfiction Books category features two Lavin speakers...

Author and photographer Teju Cole is perhaps best known for his works of fiction: Every Day Is for...

Flavorwire just posted their list of 50 Books That Define the Past Five Years in Literature—and...

Congratulations are in order for culture speaker Teju Cole: He just won the 2013 International...

"For me, the point of public space is that it needs to be something that is open to all kinds of...

Social media may indeed be more than just an outlet for sharing what you had for lunch, or funny...

Recently named as one of New York's 100 Most Important Living Writers by Flavorwire, Teju Cole's...

"New York wants to convince you that it was born yesterday—and it wasn't," says Teju Cole in a...

Memory is a strange and powerful thing, says Teju Cole in this short video over at the New Yorker. (...