The future of companies isn’t just about financial growth. It’s about value growth. 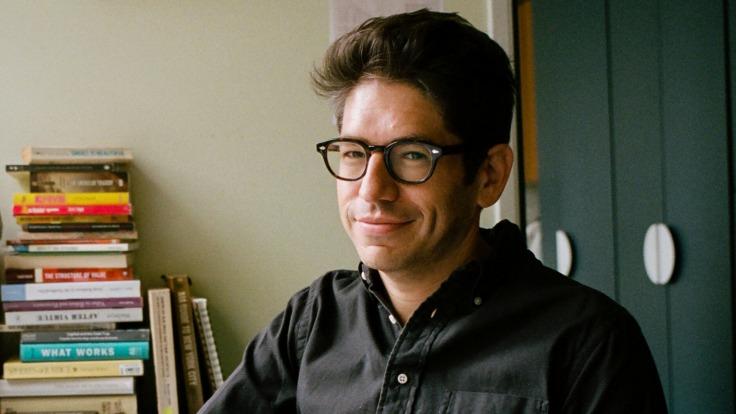 Money Isn’t the Only Metric

Why You Should Optimize for Independence, Not Profit

If You Care About Culture, Now’s the Time to Step Up.

What Does it Mean to Be an Entrepreneur Today?

Our current society is trapped by three assumptions, says writer and Kickstarter co-founder Yancey Strickler: that the point of life is to maximize self-interest and wealth; that we’re individuals trapped in an adversarial world; and that this is natural. His book This Could Be Our Future is a call-to-arms borne of the same crowd-powered ethos that made Kickstarter a juggernaut. In his book and talks, Strickler urges us to discard these three alienating assumptions that limit our ability to imagine and innovate a new future. His electric keynotes show us how we got here and—more importantly—how we can turn this ship around.

Yancey Strickler is the former CEO and original co-founder of Kickstarter, the world’s largest crowd-funding platform for creators and their works: a thriving community for art, technology, and new consumer products. It’s a sterling model for entrepreneurs and companies looking to build businesses that marry a social conscience with tremendous financial success. It’s also an example of seeing competitors not as existential threats, but as like-minded groups sharing the same creative space. Strickler walked the walk with Kickstarter, helping creatives raise more than $4 billion in funding for their projects—among them Cards Against Humanity, Oculus Rift, multiple Oscar-winning films, projects by Spike Lee, Neil Young, Marina Abramović, and thousands of albums, books, comics, artworks, gadgets, plays, and restaurants. In 2015, Kickstarter became a Public Benefit Corporation, choosing to focus the company’s mission, as the New York Times wrote, on “altruism over profit.” A Wharton study that year found that Kickstarter projects had created more than 300,000 full- and part-time jobs.

“From the very beginning we all vowed never to sell the company, to never try to go public. To preserve this as a public trust: a space that can exist, and in a strong creative economy, a place where new ideas can happen.”

With his book This Could Be Our Future: A Manifesto for a More Generous World, Strickler investigates how the pursuit of wealth has produced innovation and prosperity along with an implicit belief that the right choice in every decision is whichever option makes the most money. This belief in financial maximization has produced dire consequences: environmental collapse, corruption, inequality, and a growing dissatisfaction around the world. As Strickler shares with audiences, the answer isn’t to get rid of money; it’s to expand our concept of value. By assigning rational value to other values besides money–things like community, purpose, and sustainability–we can refocus our energies to build a society that’s generous, fair, and ready for the future. In recalibrating our definition of value, a world of scarcity can become a world of abundance.

Strickler has been named one of Fast Company’s Most Creative People, and listed among Vanity Fair’s New Establishment and Fortune’s 40 Under 40. Since stepping down from his role at Kickstarter, Strickler has become a sought-after business speaker, sharing his optimistic vision with entrepreneurs, universities, associations, and not-for-profits who want to embrace a new model of success. He serves on the board of New Inc., the New Museum’s incubator for art, design, and technology. He co-founded The Creative Independent, an online publication featuring essays by and interviews with artists, and has also received a Tribeca Disruptive Innovation Award from the Tribeca Film Festival. Prior to Kickstarter, he worked as Editor-in-Chief of eMusic, and wrote for Pitchfork, among other publications.

There’s no denying that we live in a wealth-obsessed world. What would it be like if we focused on something beyond the bottom line? In his new book and the bold talk based on it, Yancey Strickler—co-founder and former CEO of Kickstarter—lays out an inspiring vision for the new world we have the power to create. Is the current system of self-interest (that only really works for a few people at the very top) the best we can do? Surely there’s a better way to balance our individual aspirations with the values, society, culture and well-being we want? As jobs become fewer and inequality grows, what if there’s a different way forward for the rest of us? Strickler urges audiences to think big. When he founded Kickstarter in 2009, sceptics said it wouldn’t work. It has now received over $1.9 billion in pledges from 9.4 million backers, and brought thousands of brilliant ideas to life. In this optimistic, timely, and action-oriented talk, Strickler reveals a world of cooperatives, new communities, smart pricing and bold new ways to measure success. Hopeful but firmly grounded, full of concrete solutions and bursting with creativity, Strickler brilliantly dissects the world we live in and shows us a road map to the world we are capable of making.

Kickstarter has not only changed the landscape—our very lexicon—around funding, patronage, and entrepreneurship, but it’s also remained as a steadfastly ethical company: an organization with a true moral compass that blends artistic vision with street-cred cool. In this keynote, entrepreneurship speaker Yancey Strickler reveals how three creative people came together to build a business that would define a generation: by being passionately idealistic, deeply generous, and never, ever selling out. Of course, as with any business talk, Strickler offers sage advice for entrepreneurs, start-ups, and industry giants—anyone, really—on executing on your own terms, hiring people with the same values, creating a vibrant and diverse corporate culture, and scaling growth while ensuring sustainability (that the bankbook doesn’t dry up). But he also shows why having a social conscious—doing good for the community, and your own employees—can also have enormous benefits. As a public benefit corporation, Kickstarter fights for diversity, equality, transparency and accountability, blazing an alternative path for other groups to follow, and showing why moral clarity is not only great for your image, but the right tonic to unrestrained capitalism—to “monopoly or bust,” as Strickler says. Meaningful public stances signal exactly what you’re about—they energize and empower your community. And they’re not a throwback or flash in the pan: they’re a way to shift the culture. This isn’t all about individuality and buzz. Strickler’s on a bigger mission: he’s hoping that with every success story following in his wake, being good will become the new norm.

Become Who You Really Are The Real Work of Life? It’s Figuring Out What Matters

Grads entering the workforce today know turbulence. They also know anxiety. The financial collapse still haunts the economy. Disruptive technologies—especially A.I. and robotics—threaten all jobs. Climate change and rising political unrest means there’s no promise of an easy life. So, as a young writer, Yancey Strickler also faced the great unknown. When the idea for Kickstarter was hatched, he had no business training (even buying a white board was a novelty!). He was of course wary. But his eventual success stands not as a freak stroke of fortune, but a testament to what can be achieved with passion, dedication, and a belief in making the world a better place.

In this inspiring talk—perfect for students launching careers, or anyone seeking the courage to begin the real work of their lives—creativity speaker Yancey Strickler tells his own story of entrepreneurship and achievement. It’s a story about making a leap of faith—even if it’s scary—to do what you’re meant to do, and to pursue the things that actually matter (“Nothing happens unless you do it,” he says. “If no one is pushing the rock up the hill, nothing will happen.”). But it’s also a nourishing reminder that art and community are essential, “no matter what the economy tells us,” he says. While quite new, Kickstarter is all about patronizing the arts: a very old practice indeed. It’s about artists, appealing to their peers, sharing their ideas, and asking for help—not from the super-rich, but through friends and family. Through fans. Ultimately, this emboldening talk helps us put the things that matter at the core of our being. To ask, and attempt an answer, to the hard questions of life. And to take comfort in Strickler’s evolution—remembering that even the most disruptive paths are often well worn.

This Could Be Our Future

A Manifesto for a More Generous World

Kickstarter Focuses Its Mission on Altruism Over Profit

Kickstarter on public good over private riches: ‘Don’t sell out your values’

Yancey Strickler thinks Kickstarter can be used to improve everything

When did we come to the conclusion that maximizing shareholder value was the primary goal of all...

This Could Be Our Future: Kickstarter Co-Founder Yancey Strickler’s New Book Out Tomorrow

Western society is trapped by the belief that maximizing wealth and self-interest is the right...

Yancey Strickler is best known for being the mind behind Kickstarter, the crowdfunding platform...

Consumers Are Changing, and So Are Entrepreneurs. Kickstarter’s Co-founder, Yancey Strickler, on the Future of Success.

In less than a decade, Kickstarter—the world’s biggest and most successful crowdfunding site—has...

New speaker Yancey Strickler is the co-founder of Kickstarter, the world’s largest crowd-funding...